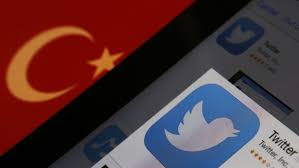 When Speaking Out Against Corruption Is ‘Against Community Standards’

When a government is no longer abiding my the rules or they are stepping outside Constitutional power and more less acting “corrupt”, then its the DUTY OF THE CITIZEN TO PUT THEM BACK IN CHECK! The Founding Fathers of America made this statement, in other words, not me.

But what happens when those citizens attempting to do just that get hit with Communist-style, Dictatorship type Community Standards placing them back in a STATE OF OPPRESSION!?

The truth always prevails, and The people always win! Better yet, God always wins! His ways are higher than our own, and We The People are currently fighting a spiritual battle that the Bible speaks of, Good vs. Evil in These End Days.

The Bible says in Revelation 12:12, “Therefore rejoice, you heavens and you who dwell in them! But woe to the earth and the sea, because the devil has gone down to you! He is filled with fury, because he knows that his time is short.”

See, right now, there are Patriots headed by The Commander-in-Chief, President Donald J Trump fighting in the cloak of darkness, these evil, corrupt individuals, rallying them up to be held accountable for their crimes against humanity, and “they know their time is short”, so they are like little demons lashing out as they get thrown into the lake of fire. That’s why you face so much Censorship on Social Media (or better yet) … Persecution!

Their time is short. Just remember that. Fight BUT ALSO PRAY!

Twitter threw me in “jail” last night for speaking out, mentioning @HillaryClinton and her crimes against humanity including little children. In my tweet, I only called for the proper judgment outlined in The Constitution of The United States.

CRIMES AGAINST CHILDREN = DEATH IN THE SEA!

*** If you’d like to take the next step in battling the evil forces of this world, please consider joining our Intercessory and Prayer FB Group led by Alice – You will help us pray for many needs including the needs of Eternal Affairs TRUTH Media. We face so much objection on a daily basis. Thank you! ***