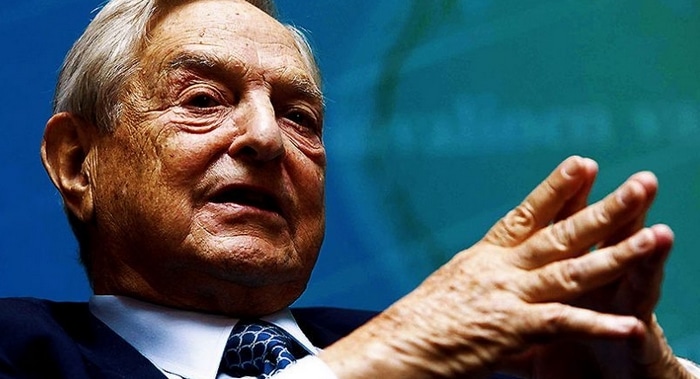 Big Tech, ‘Internet of Things’ & The Gateway to Socialism

In Genesis 2, The LORD God commanded the man, saying, “From any tree of the garden you may eat freely; but from the tree of the knowledge of good and evil you shall not eat, for in the day that you eat from it you will surely die.”

I begin this investigation of the evil of technology with that quote, because truly the Internet and all of its attached and entwined tentacles is the ultimate tree of knowledge of good and evil. When confronted with a decision to use a tool for good or evil purposes historically humankind has chosen the latter.

It began with the printing press which was used to convey the knowledge of the day, but evolved into a tool of mass indoctrination, providing only the news the paper chose to deliver. This then transferred over to the phonograph, the telephone, radio and television.

Then came the most massive storehouse of knowledge – the Internet, more correctly broken down into the WorldWide Web (WWW) and what might be considered the public intranet (the “dark web,” which is basically the unsorted, uncatalogued assortment of IP connected devices.) A system capable of storing all the knowledge of humanity and also capable of creating and manipulating people and even history. A trusted resource, not to be trusted.

Included in the hidden web are corporate computers, personal servers and of course the Internet of Things (hereafter referred to as “IoT”).

Some consider the IoT to be the collection of connected thermostats, fire alarms, surveillance gear, refrigerators, etc. In fact the IoT by definition is all connected things, which includes your personal computer, mobile devices; indeed anything connected via the “cloud.”

Connecting devices to the cloud and storing data in the cloud on some questionable foreign device at some undisclosed location is incredibly dangerous, and is promoted by and supported by “Big Data” for nefarious purposes.

Seriously, no one cares how many cat pictures you have, or that you sent an email to mom wishing her a happy birthday – but, that same data is worth billions to the data mining industry. Just think of it. They now know you have a love of cats (can promote cat food to you) and they know your mom’s name and birthday (Happy Birthday mom! Have a 10% discount coupon today!)

Think this isn’t happening? Think again. First, let me emphasize that I have great respect for law enforcement and no respect for anyone who takes advantage of our youth; however, illegally obtaining evidence of such conduct is reprehensible. Case in point, in the local news rag the other day I read an AP article of a man who was arrested and jailed for having child pornography. Now, I am happy to have him off the street, but how exactly was this man caught? BING – The Microsoft Corporation spy agent – randomly raided his private, online storage looking for contraband (terrorist activity, bomb making, child pornography, etc.!) They did not have any reason to suspect him; it was just a random search. In fact, Microsoft scours all online content and emails on their servers for such content. No warrant, no suspicion of illegal activity. Really? In America? And you worry that Russia is manipulating our election process? Anything online is fair game.

So let’s look at the big picture.

Your biggest spy is the mobile device you carry with you. Tracking your every move, even if you have tracking turned off. And your social media apps – tracking and storing everything you do and everywhere you go.

Now let’s add the automobile. Just a tracking device for now, but soon will come the smart, self-driving car. Never exceeding the speed limit, never breaking the law, and instantly immobilized if the police think you are doing something wrong… Or if they just don’t like you… Or maybe you are the wrong color or nationality.

Now let’s add the smart house. Cameras monitoring video and sound, Alexa listening in all the time, your refrigerator storing a list of all that’s in it, as well as when the door is opened. The lock on your door opens when you get near it, or when you ask it. Your furnace comes on and off based on whether or not you are present and on the time of day.

George Orwell would have been proud of his prediction he set forth in the book “Nineteen Eighty-Four!”

There are few places left where you can leave this monitored bubble. There are cameras on every corner and in everyone’s pocket. And all of that information passes through the public system of servers and data banks, prime for the picking of law enforcement or heinous criminal activity.

None of your information is safe. They say to use incredibly complex passwords, yet all one has to do is break into the master server and steal all the passwords.

Say for example you do something boneheaded and your alibi was that you were “home” at the time. Sadly, your thermostat did not activate the heat and Alexa did not hear you. Your cameras did not see you. Your technology has just betrayed you!

So where does this all lead?

It is ominous to note that those promoting the “liberal” or “progressive” cause these days are carrying communist and socialist flags to rallies in opposition to the “oppressive conservative rule.” These days, both major political parties in the United States stand for “One World Order.” Neither party has acted in the interest of the people, but rather in the interests of controlling the population. Donald Trump set that plan into turmoil. There are riots in the street demanding government control of wages, healthcare, babies, housing, etc. Socialism is on parade as the solution to all problems and all evil. Is this really a path we want to go down? It worked so well in Argentina now, didn’t it?

Let’s look at our government. The Feds monitor your money flow – demanding to know where your money came from if you try to pass too much cash. The states and cities monitor the streets – giving tickets based on camera surveillance. Drones fly overhead to look for illicit activity.

So what are the ramifications of an interconnected world, and what do they have to do with control of the population?

We need look no further than Communist China for the answers. The Chinese have implemented the most stringent social and physical human monitoring system in the world, forcing citizens to install phone monitoring apps and installing surveillance equipment all over the country. The Chinese government actually rates citizens based on how “good” or “bad” they are, by their standards. Playing too many video games or violating any of their code of standards can cause you to lose your job, your wife, your family and your status. You are rated as good or bad based on your daily activities. One wrong move and you can lose all your credit, even your ability to ride a train or plane.

Two articles from October 2018 as reported on BusinessInsider.Com described it best. They said the current situation in China …

For instance, The BBC said that Baihe, China’s biggest dating site, is boosting the profiles of good citizens.

Not being on the “good citizen” list could mean:

1. Banning you from flying or getting the train.

3. Banning you — or your kids — from the best schools.

4. Stopping you getting the best jobs.

5. Keeping you out of the best hotels.

6. Getting your dog taken away.

7. Being publicly named as a bad citizen.

8. Prevent you from getting a date.

As an example of just how bad it is in China, Li Xiaolin, a lawyer who was placed on the list in 2015, found [he was] unable to purchase plane tickets home while on a work trip, Human Rights Watch reported. He also couldn’t apply for credit cards.

Some current systems in use in China include:

And so I shall conclude, leaving the reader with one final thought – is this a conspiracy or real, and is big Data looking to control our every move? You, the reader can decide by reading the recent advertisement Microsoft placed for its “Azure” spyware software:

The Internet of Things (IoT) for every business

Prepare your business for the future. Embrace the Internet of Things (IoT) to save money, create new revenue streams, and stay competitive. Connect your assets with IoT to gain real-time insights—improve your decision making, drive efficiency, empower your employees, and create better customer experiences.

Whether you’re looking to develop a solution yourself, build with a Microsoft partner, or purchase a finished solution, find what you need with Azure IoT. 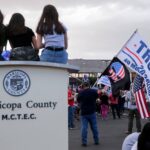 it was discovered that “the entire database” for the 2020 General election, showing the “Results Tally and Reporting,” has been deleted!