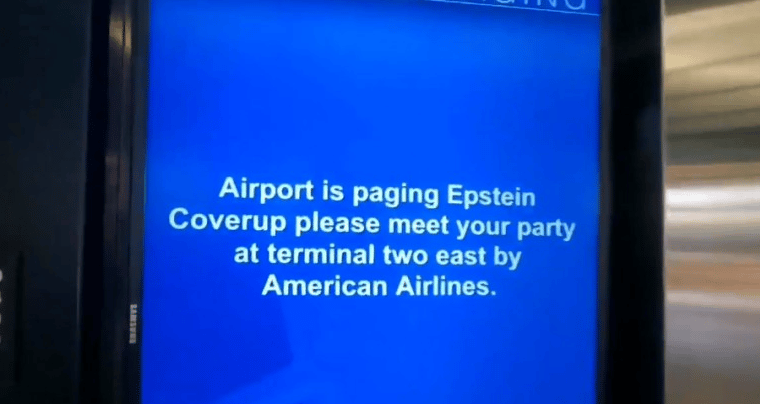 The American People Are Now AWAKE: #EpsteinDidntKillHimself Has Gone Viral

I have a couple of reports here regarding The Epstein Coverup starting with this one.

The Mainstream or Lamestream Fake News Media has literally BLACKBALLED this story from appearing on their networks. These evil & sick people in power don’t want us to wake up, so make sure you stuff in their face by sharing this right now.

Shaun Attwood was interviewed by Luke Rudkowski of We Are Change regarding The Epstein Issue.
As I’ve mentioned before, I highly trust the credibility and work that Luke does. He’s an Amazing Journalist! Watch Video Below:

Paul Joseph Watson, even though I don’t agree with him on every issue is another Amazing Journalist …

San Diego International Airport paged someone with the name “Epstein Coverup,” as the viral meme relating to the suspicious “suicide” of the billionaire sex trafficker continues to spread.

A video posted to Twitter shows the text, “Airport is paging Epstein Coverup please meet your party at terminal two east by American Airlines” appearing on the airport’s message board.


I have no idea who Epstein Coverup is, but he was just paged at the airport.#EpsteinCoverup pic.twitter.com/l3gdBf80fv