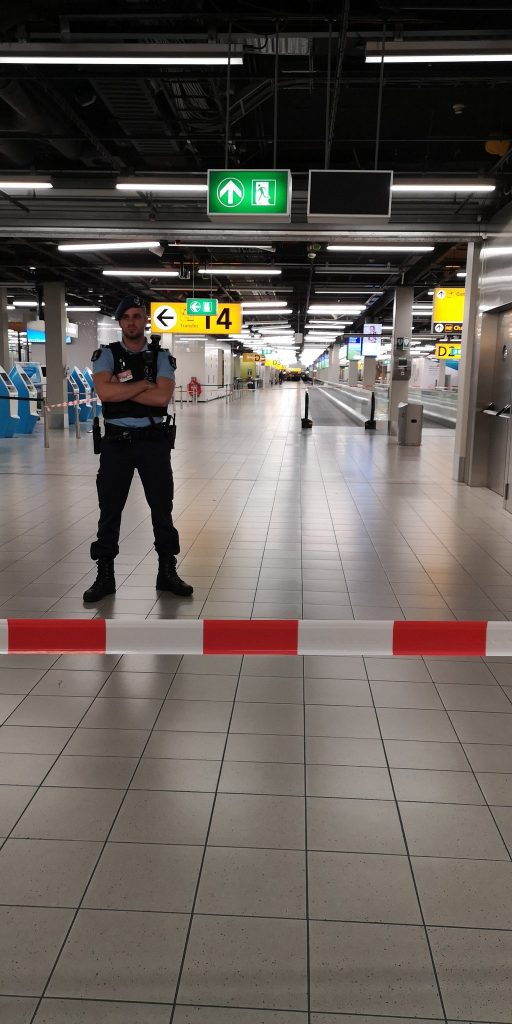 NETHERLANDS — There is a massive police response at Amsterdam Airport Schiphol. Officials are calling the incident a “suspicious situation.”

BREAKING UPDATE: Situation at Amsterdam Airport is a false alarm, Air Europe says. Hijack alert was activated ‘by mistake’ (Right? That’s why there were MULTIPLE REPORTS!)

Multiple reports state that three men armed with knives were trying to take control of an outbound flight.

First responders issued a ‘Grip 3 report,’ which is “an incident or serious event with major consequences for the population.”
According Schiphol’s Twitter account, The Dutch Royal Military Police are looking at “a situation on board of a plane at Amsterdam Airport Schiphol.”

The incident is reportedly taking place on board Air Europa flight UX1094 to Madrid that had been due to take off this evening.

Parts of the airport were placed on lockdown. Several ambulances and fire trucks were requested.

This is a Developing Story … Read More Here!

BREAKING UPDATE: Situation at Amsterdam Airport is a false alarm, Air Europe says. Hijack alert was activated ‘by mistake’ (Right? That’s why there were MULTIPLE REPORTS!!! It sounds like Crisis Management on the scene!)