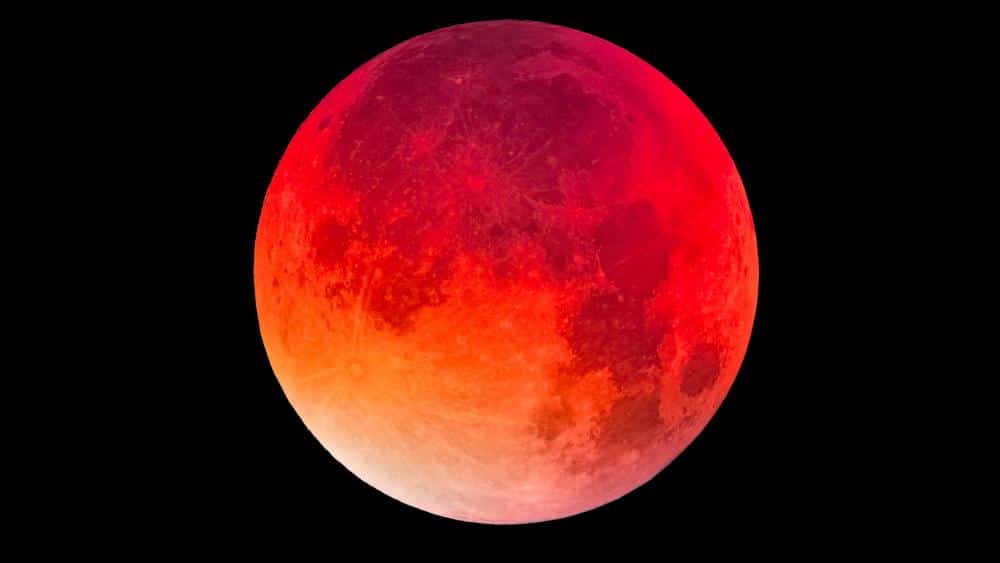 
A ‘Super Blood Moon’ Is Coming Later This Month, Will Be Seen Around The World

A ‘Super Blood Moon’ Is on the Way, Then a ‘Ring of Fire’ – Here’s What the Bible Says About Celestial Signs

A new lunar eclipse or “blood moon” is on the way, set to take place on May 26, 2021, and it will be at least partially visible from eastern Asia, Australia, the Pacific Ocean, and much of the Americas.

A lunar eclipse is caused by the moon going through Earth’s shadow in space. This particular one is being called a Super Blood Moon, and it will be the first total eclipse since January 2019. The eclipse will occur as the Moon gets closer to the Earth during its orbit.

According to Forbes.com, this “supermoon” full Moon will move into Earth’s dark central umbral shadow where it will appear as a “Blood Moon” for 15 minutes, briefly turning the lunar surface a reddish-copper color.