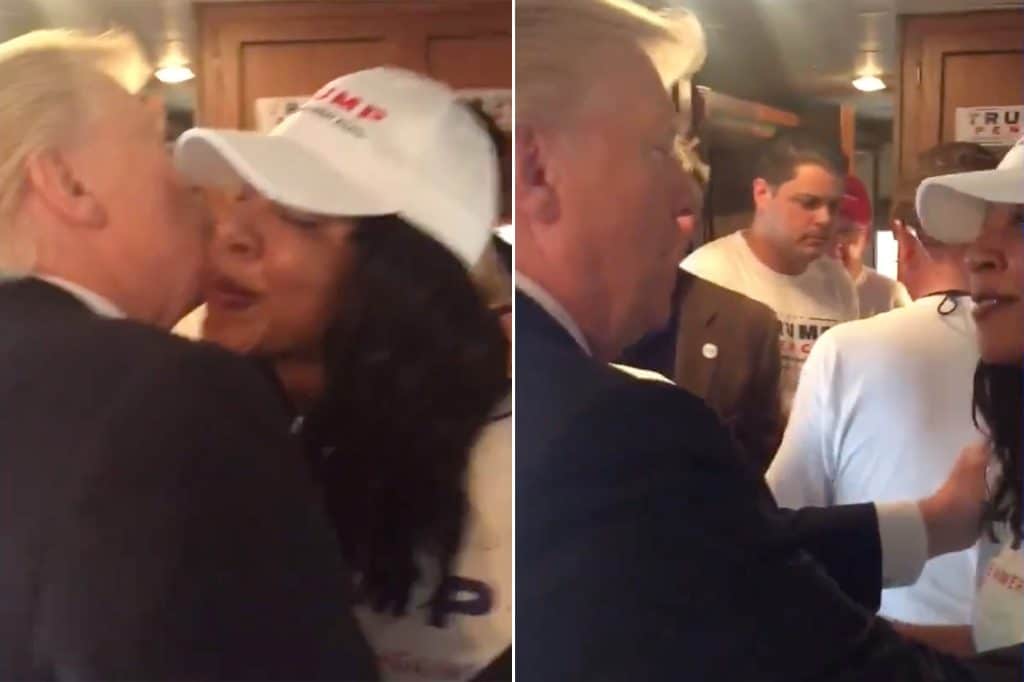 On Wednesday, attorneys for President Donald Trump released a 15-second video of the president embracing former campaign staffer Alva Johnson in 2016. Johnson is suing the president over the alleged incident, claiming she was forcibly kissed on the mouth by Trump. But Trump’s attorneys now say the video evidence confirms that the lawsuit is utterly frivolous.


This staffer said Trump grabbed her by the shoulders and forcibly kissed her at a campaign event. She is now suing Trump for "violating norms of decency."

Someone else captured this video, just released tonight.

The instance seems to have been greatly mischaracterized. pic.twitter.com/qAxJjPyrnN


Trump attorney Charles Harder, who uploaded the video, said the clip was “undeniable evidence that [Johnson’s] battery claim is unfounded and frivolous by virtue,” court documents said, according to Business Insider.

“The only conclusion a reasonable person could reach is that the exchange was an innocent moment between a dedicated campaign staffer and the candidate for whom she was working,” Harder said, adding that the video “proves that Plaintiff has no legitimate claim for battery. It also proves that Plaintiff and her counsel have lied repeatedly to this Court.”

Read More Here About The “RACIST POTUS” Kissing A Black Woman! #Sarcasm 😀 Which one is it Leftists? Is he racist or did he rape your black women? YOU CAN’T HAVE BOTH!!!