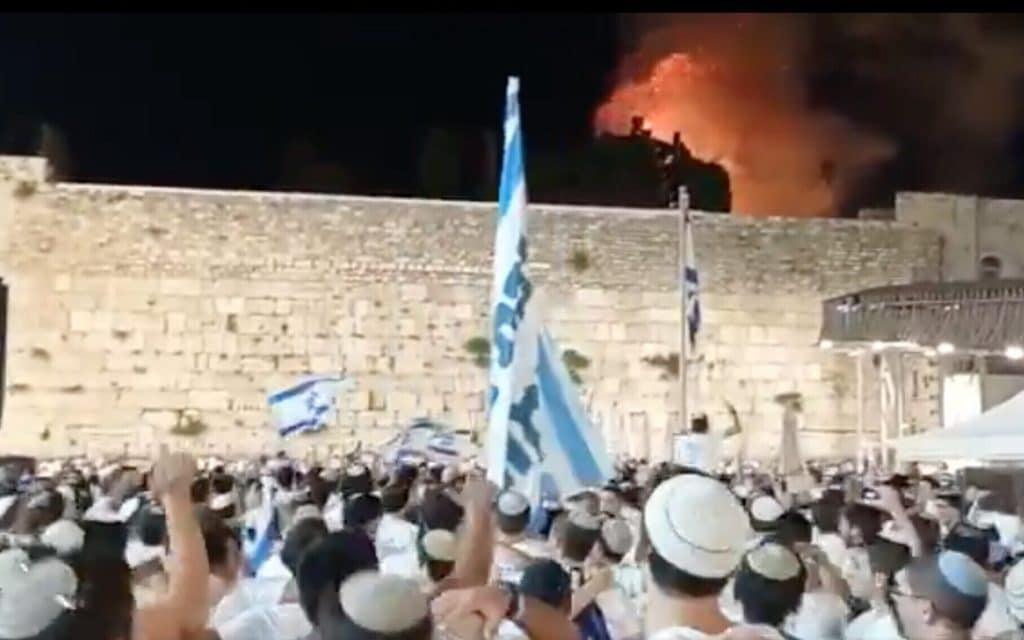 Major riots in East Jerusalem bring one of the Bible’s most critical prophecies into focus. And it’s being egged on by the United States.

Jerusalem Day celebrations had barely started earlier today when massive riots broke out on the Temple Mount. Before dawn this morning, photos emerged of rocks and stones inside the Temple Mount compound indicating that Arabs were planning an attack. Shortly afterward, Arabs started to attack the Mugrhabi Gate, which is the entrance to the Temple Mount from the Western Wall. Police responded and briefly restored calm before rioting again started up in the compound before lunch.

Just outside the Old City walls, Arabs attempted to lynch a Jew as he drove around the outside of the Old City by the Lions’ Gate. Arabs pelted his car with boulders and stones. As he tried to escape, his car ran into a pedestrian. His car continued to be pelted with rocks until a lone policeman stepped in to save the man.

Then, just after 6 p.m. local time, air raid sirens went off in Jerusalem for the first time in over seven years. The loud booms of several impacts were heard through the city as a Hamas missile fired from the Gaza Strip landed on the outskirts of the city. Dozens of Hamas rockets are still coming down on the areas surrounding the Gaza Strip. Hamas claims the rocket fire is in response to Israel’s aggression in Jerusalem.

Today’s violence had been brewing for weeks.


The moment a Hamas rocket hit an Israeli bus in Holon, injuring 3#IsraelUnderFire