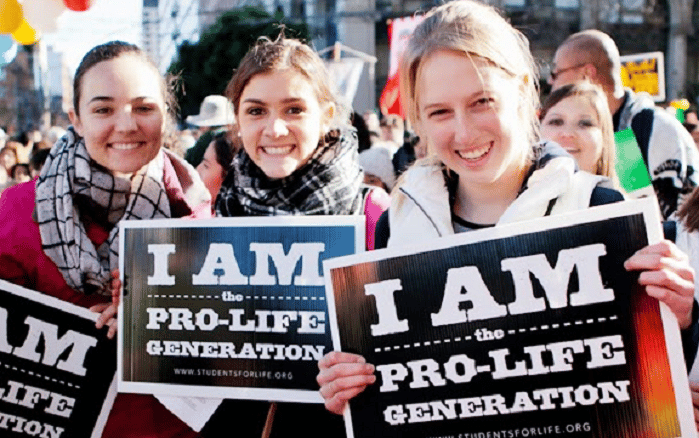 The Truth: The Abortion Lobby Wants To Limit Women’s Choices

via Kristan Hawkins – Students for Life – published with permission:

We trained these State Captains on how to mobilize grassroots pro-lifers in their community to pass pro-life legislation and lobby against pro-abortion legislation. We also taught them the way the political process works in the real world and what it will take to get politicians to get on board with abolishing abortion — or get out of the way.

On Tuesday, during a break in the training, students went over to the mega-Planned Parenthood in D.C. to write chalk messages on the sidewalk outside of the abortion facility.

Our students wrote loving and supporting messages to tell women walking in to Planned Parenthood that abortion isn’t their only choice. We even wrote phone numbers for local pregnancy resource centers (that do not commit abortions).

That’s when a Planned Parenthood employee stormed out, yelled at us to stop, and called the cops.

Minutes later the cops drove by, saw what we were doing, and just continued driving!

Then, a Planned Parenthood janitor came out with a bucket of water and a broom to start washing away our chalkings.

Jaylem Durousseau, one of our State Captains on the scene, said, “It was shocking that our messages of love and support for women going into the abortion facility would be so quickly washed away. The majority of the messages were about telling women about their options, which you would think a ‘pro-choice’ organization would support. But in reality, the abortion lobby wants to limit women’s choices.”