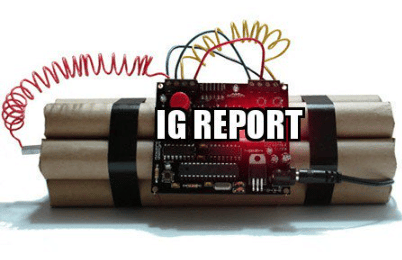 It’s Friday … You decide if QAnon was right … Has it been a “BOOM WEEK”? Lol, Think #IGReport and #TGIF 😀


Check out Potus’ tweet from this morning. There were many others of importance, but this one stick out at me because of the fact that he actually uses “TREASON” in the tweet, twice, in all caps lock as well as specifically says “Jail Sentences”.


My Campaign for President was conclusively spied on. Nothing like this has ever happened in American Politics. A really bad situation. TREASON means long jail sentences, and this was TREASON!


Now, we all know that Treason brings the punishment of Death, but you have to remember, this is 5D Chess. He’s many steps ahead, and he knows that he must roll out these truths slowly for the “normies”.

Are you awake yet?