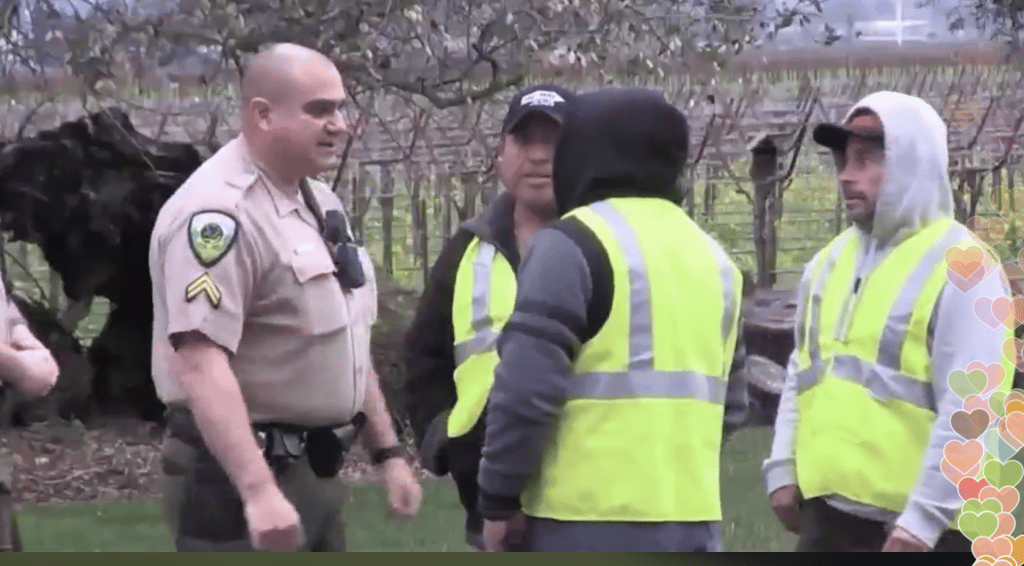 Is Nancy Pelosi Racist? She Calls Cops On IMMIGRANTS Who Demand Entry To Her Home

Pelosi has said that a border wall is “immoral” and declared that Democrats will not give “one cent” to funding a border wall. Nancy Pelosi recently told the press that GOP demands for a border wall to secure the southern border is an “act of desperation.”

Laura Loomer and a group of illegal aliens showed up to Nancy Pelosi’s Napa Valley, CA lawn and set up a sanctuary camp on Monday.

Loomer and gang set up a canopy on Pelosi’s lawn with the word “Immorality” emblazoned in red letters.
Learn more about RevenueStripe…

Pelosi regularly says walls are ‘immoral’ when arguing against President Trump’s proposals for stronger border security which includes a wall.

The government shutdown has entered week three, the longest in US history because Schumer and Pelosi refuse to compromise on border wall funding.

Loomer attached photos of Americans who have been killed by illegal aliens, including Kate Steinle, to the canopy.

Loomer and her illegal alien friends were chanting “Everyone is welcome here!”

Update: Loomer actually brought illegal immigrants from Guatemala and Mexico to Pelosi’s house, they are not actors.

Update #1 / #2: Police officers showed up and ordered Loomer & her caravan off of Pelosi’s Napa Valley Property.

[EA Media: WHAT’S THAT NANCY? YOU DON’T WANT IMMIGRANTS AT YOUR HOUSE? LOL … IMAGINE THAT … NANCY PELOSI IS RACIST! LOL]