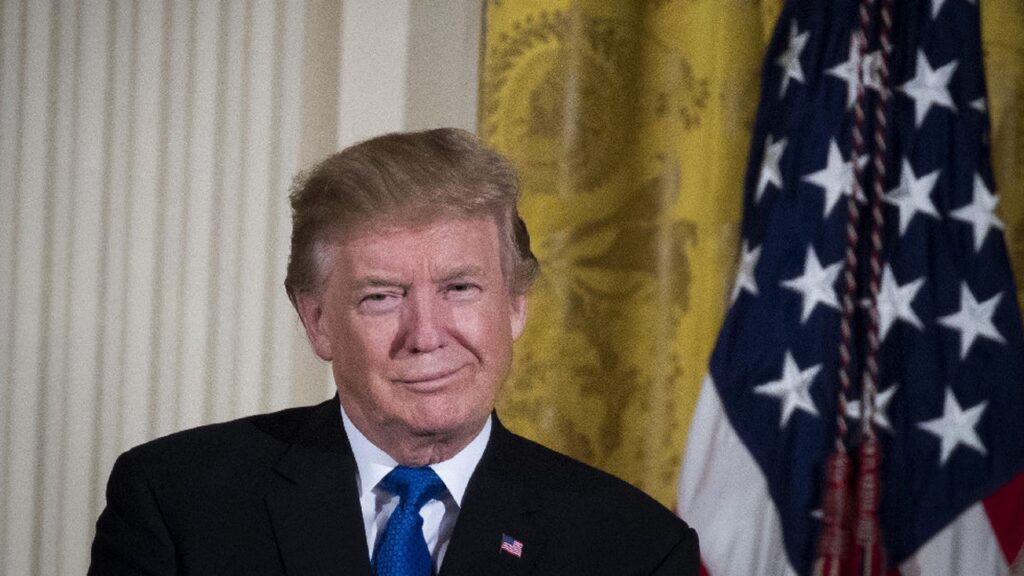 Trump Says, “DACA In Exchange For Border Wall” … The Wall Will Be Built

Democrats balked at a set of demands on immigration that President Trump sent Friday in anticipation of a deal on immigration that would make allowances for “Dreamers” to stay in the country. The demands included $18 billion for the border wall that became a focus of Trump’s campaign promises.

What are the demands by Trump?

The seven-page document was delivered to senators from Homeland Security Friday. It includes heightened rules for unaccompanied minors arriving into the country, limits on “chain migration,” and according to Sen. Dick Durbin (D-Ill.), $18 billion for a border wall.

Also included are increased enforcement against immigrants who illegally overstay their visas, and punishing cities who take on “sanctuary city” policies to thwart federal enforcement of immigration laws.

How did Democrats respond?

Durbin angrily denounced the suggested deal. “President Trump has said he may need a good government shutdown to get his wall,” Durbin said. “With this demand, he seems to be heading in that direction.”

‘Whipping her members to vote against funding the government…’

(LifeZette) House Majority Leader Kevin McCarthy (R-Calif.) warned House Minority Leader Nancy Pelosi (D-Calif.) against holding the government “hostage” through her crusade to protect illegal immigrants brought to the U.S. as children at the expense of the U.S. military and all other issues.

McCarthy criticized Pelosi on Fox News’ “Sunday Morning Futures with Maria Bartiromo” for “whipping her members to vote against funding the government just for two weeks.”

“And that is why we’re working on getting that budget agreement, to be able to ‘plus up’ the military,” McCarthy said. “But the Democrats are holding that hostage. And I think that’s wrong. We should not play with the military at any time with politics.”

Trump set a March deadline for Congress to reform DACA or permanently repeal it.

Congressional Democrats maintain that no funding bill can be reached if a DACA fix isn’t included.

“Well, the real difficulty is [what] we had on some of the votes at the very end. You have the minority leader, Nancy Pelosi, whipping her members to vote against funding the government just for two weeks and it’s all over DACA,” McCarthy said, noting that DACA “doesn’t have to be dealt with until March.”

McCarthy said he would be attending Tuesday’s bipartisan meeting with President Donald Trump to discuss such issues as illegal immigration, DACA, and border security.