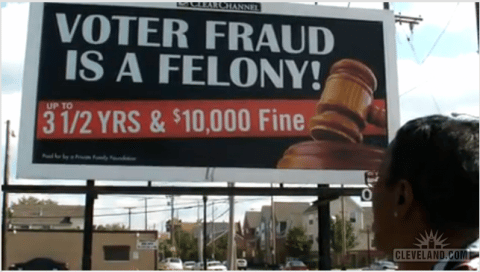 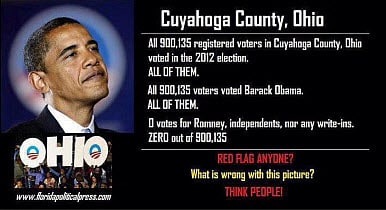 SNIPPETS FROM:
TheFederalist.com
As the election approaches, more and more cases of voter fraud are beginning to surface.
Since there are 146 million Americans registered to vote, this translates to a stunning 18 million invalid voter registrations on the books. Further, “More than 1.8 million deceased individuals are listed as voters, and approximately 2.75 million people have registrations in more than one state.”
Yet in spite of all this, a report by the Brennan Center at New York Univeristy claims voter fraud is a myth. It argues that North Carolina, which passed comprehensive measures to prevent voter fraud, “failed to identify even a single individual who has ever been charged with committing in-person voter fraud in North Carolina.” However, this faulty reasoning does not point to the lack of in-person voter fraud, but rather to lack of enforcement mechanisms to identify and prosecute in-person voter fraud.

Absolutely not. This can be proven easily because in 2014, the previous year, only 29,470 people were cited. The disparity is largely due to increased enforcement efforts in 2015. In other words, increasing enforcement of the crime revealed a much larger number of people committing the crime.

Finally, some have claimed that strong voter ID laws are racist, because they disproportionately impact minorities and would prevent minorities from voting. As a black person, I’m naturally interested in this claim. Thankfully, it turns out to be false. The Heritage Foundation has shown that black voter turnout actually increased after North Carolina passed its voter ID law.

Not only was the claimed negative outcome false, but the reasoning was faulty as well. The fact that the law disproportionately impacts minorities does not mean that it is discriminatory. It means, unfortunately, that fewer minorities are in compliance with common-sense safeguards to protect the integrity of our elections (i.e., having a driver’s license or photo ID).