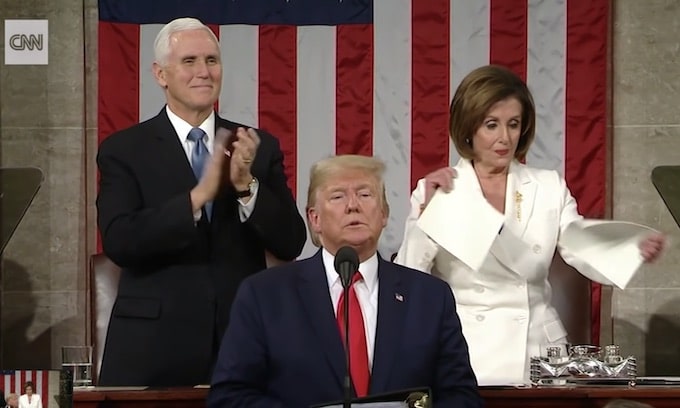 The decision to be hostile throughout the speech caused Democrats to look small and petty, particularly as President Trump spoke of big successes and big goals for the future.

Mollie Hemingway of The Federalist reports:

President Donald Trump’s rousing State of the Union address to a divided Congress encouraged his supporters with bold defense of conservative values, overtly reached out to independents on the basis of successful implementation of domestic policy goals, and in so doing enraged the Democrat left on what was already a difficult day for them.

Trump highlighted the booming economy, articulated his foreign policy, and tied his vision for the American future to its heroic past and frontier spirit. He also gave a scholarship in real time, bestowed a Medal of Freedom in real time, and dramatically reunited a family with their soldier husband and father, making for the most emotional State of the Union address since President Reagan first began highlighting American heroes in the gallery during his annual address.