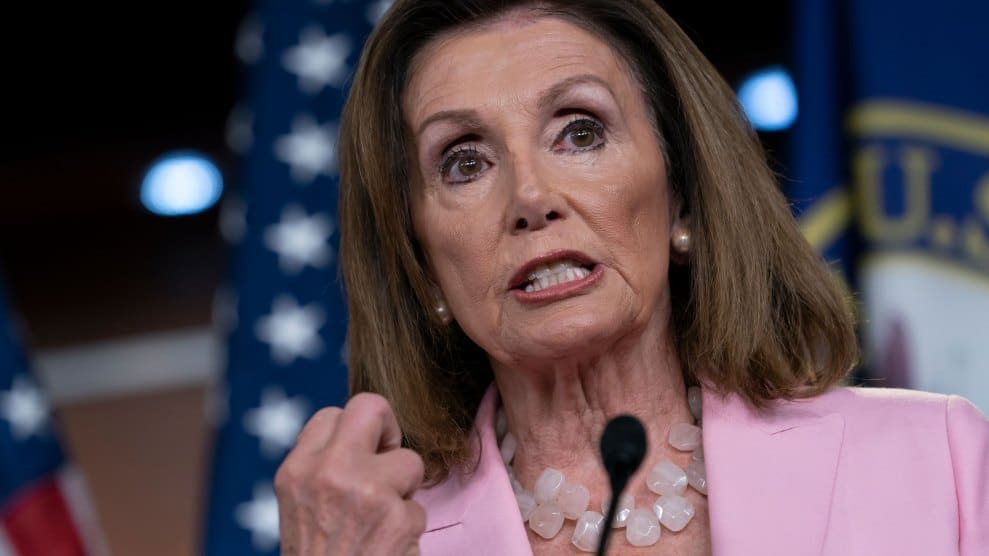 Pelosi: ‘The Voters Are Not Going to Decide’

Do these outright traitors to The United States who have overstayed their “oath of office” while getting rich off the power, realize that The American Voters are the ones who hired them, pay their checks, and WILL FIRE THEM IF NEEDED. I think it’s needed.

On Thursday at her weekly press briefing, House Speaker Nancy Pelosi (D-CA) said the American people were “not going to decide” if President Donald Trump should be impeached.

When asked about the impeachment timeline, Pelosi said, “I keep saying to people, impeachment is about the truth and the Constitution of the United States. Any other issues that you have, disapproving of the way the president has dealt with Syria, whatever the subject is, reluctance, the cowardice to do something about gun violence, the cruelty of not wanting to help our Dreamers and transgender people, the denial about the climate crisis that we face, the list goes on, that’s about the election. That has nothing to do with what is happening in terms of our oath of office to protect and defend the Constitution and the facts that might support. And we don’t know where this path will take us, it could take us down further path but the two are completely separate.”