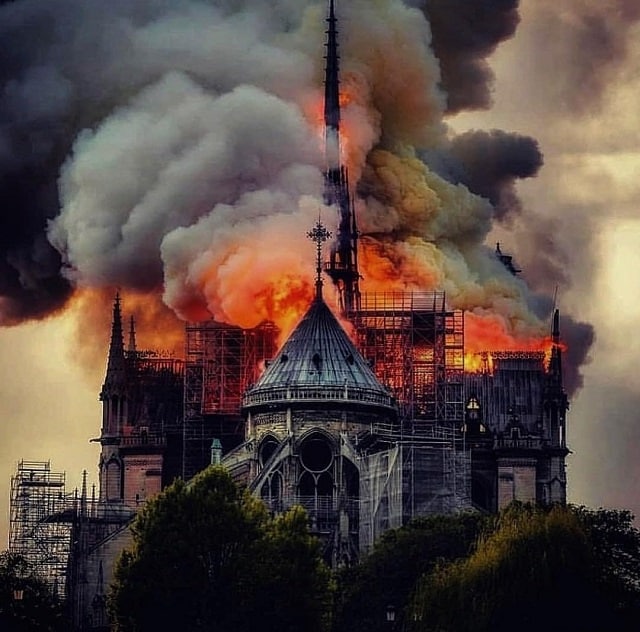 Publicly I don’t want to offend the “good catholics” out there but you and I know the evil that lurks inside the walls [of The Catholic Church] is what brought this on. [Prophecy?] No matter what Tech was used.

If it was a DEW (Directed Energy Weapon) then the question becomes who Directed it and what was their true motive. Was it the Merchants of Chaos to cause an un-Civil War? Muslims against the Christians with this the start of incitement of insurrection all over Europe. The Cabal has been staging this with the Invasions of Europe from the Mid East by starting the Mid East wars to drive “refugees” embedded with trained Ge-eHo.die insurgents. Europe (cabal) opened the gates and let in the Trojan Horse.

Which is what they are trying to do at our border here in the USA. The game plan is easy to see. Old Play Book.