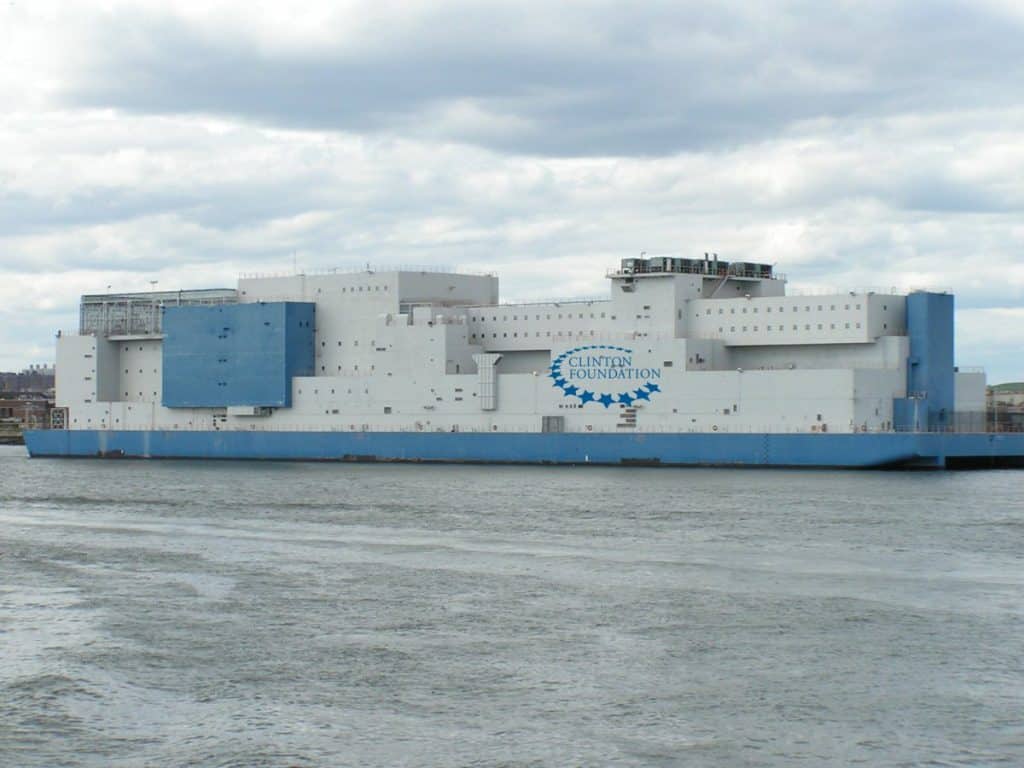 FEMA Prison barges arrive at Gitmo for the purpose of housing the overflow of high level indicted Deep State detainees during the military tribunals.

Meanwhile, a complete list of those charged has just been released and we have it. Charges include Treason, Election Fraud and political elite roles in 9/11and the Benghazi Massacre, gun and drug running, human trafficking, child exploitation, kidnapping, murder and harvesting victim’s organs for monetary gain.

Judges have been seated. Death chambers have been prepared. David Zublick unseals the truth in this special report!