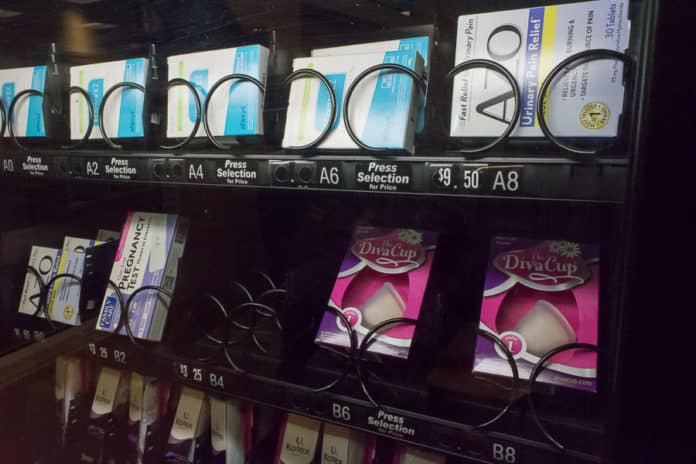 One of the world’s foremost universities, where critical thinking is already under attack and progressive ideology has replaced classical education, has now made access to abortion drugs as easy as buying a pop or a bag of chips.

How twisted has our national sense of morality gotten that we are allowing this to happen?

Do parents send their high-achieving children off to this top Ivy League school to read the classics, engage in challenging intellectual debate, rub elbows with some of the nation’s top academics and lay the path for a successful and bright career, or to be indoctrinated with godless SJW ideology and engage in casual sex?

For students at Yale, abortion drugs are now no harder to come by than a Diet Coke or a bag of Doritos. As reported yesterday in the Yale Daily News, the university’s student government has voted to install a vending machine in a centrally located residential college for “Plan B,” a contraceptive that may also function in certain cases as an abortifacient. The so-called “wellness to-go” vending machine will be installed at Silliman’s “Good Life Center,” signaling the death not only of incipient human life but also irony.

The drug entered the public consciousness in 2014 when the Obama administration attempted to force the Little Sisters of the Poor, a Catholic religious order, to pay for the abortifacient through the Affordable Care Act’s so-called “contraception mandate.” The Supreme Court eventually vacated lower court rulings against the Little Sisters’ religious liberty. Plan B’s defenders insist the drug does not induce abortions but rather merely prevents pregnancy. While that is true much of the time, if Plan B is taken during the two-day window after a surge of luteinizing hormones prepares the ovary to release an egg, a pregnancy may occur, but the ovary will not produce enough progesterone to allow the embryo to survive, an incident known as luteal-phase defect.

Yale already provides Plan B to students for free, twenty-four hours per day, seven days a week at the student health center. Students who find the short walk across campus to the university health center too onerous may now purchase the drug in their dormitory. Stanford, Pomoma College, Brandeis, UC Davis, and UC Santa Barbara have all also opened Plan B vending machines in recent years.