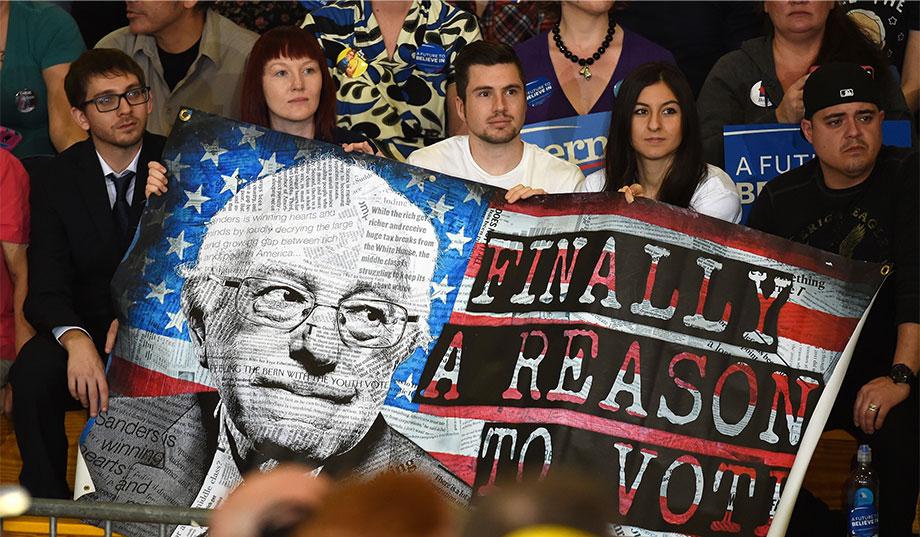 Millennials In Desperate Need of a Father … Enter ‘Father Government’

The goal of socialism
is communism

A recent survey by YouGov indicated a favorable view of socialism by the so-called Millennial generation, those aged younger than 30.

According to the National Center for Fathering (NCF) a nonprofit 501(c)(3) organization created in 1990 in response to the incredible social and economic impact of fatherlessness in America, as of 2010, a third of children live in a home without their biological father. The number climbs when narrowed to students in grades first through 12th to 39 percent according to a 2001 study.

The breakdown among race shows even more disparity as more than 57 percent of black children don’t have their father, more than 31 percent of Hispanics kids and nearly 21 percent of white youth according to the U.S. Census Bureau from 2012.

So it shouldn’t surprise anyone that in a January 2016 survey 43 percent of the population under 30 want Socialism which explains the rise of Bernie Sanders, the socialist senator from Vermont who made a surprisingly true run for President of the United States. A country founded on individual resolve.

Children need a father. More than that, children want a father and they’ll look anywhere and at anybody to get it if they can’t find it at home. Some righteously find a heavenly Father, others lean on a trusted older male(s) and the rest apparently find Father Government.

Bernie Sanders promised safety, financial security and in many respects a love that’s been missing in so many lives under 30. Parents can attest, despite how their kids act, that children indeed want boundaries. The longer the leash, the more they stray. That’s why discipline works. Without a father, so many seem like anchorless ships without a captain floating through life looking for a way to get grounded and on to shore. After years of ineptitude, it makes perfect sense that the first tugboat to promise a push towards land, even though it’s nowhere near home, is immediately latched on to for the free ride.

The Bernie Sanders model of fatherhood comes in the form of a government offering an all-expenses paid trip through life. As such, he’s also providing what so many of today’s children sorely lack – a parent. Or in the case of children stuck in adult bodies – a ride home. Thus the paternal view of government, an institution that provides for and takes care of your everyday basic needs, gets embraced by those who did not get what should have been provided in the home, by mom and dad.

What’s more, and this I can speak from experience, is the lack of fathers in households where Dad existed. Too many of the remaining fathers who indeed lived at home opted for friendship rather than as strong male role model. A father is indeed best suited as a role model to his child not the part of best friend. Perhaps the “friendship” is allowed once adulthood is reached but a youngster who sees Dad as a buddy and not a man who demands respects, might as well be a child without a father.

That child too, eventually looks for a father because his father at home failed to be one. He had a friend but no one to tell him how to live and how the real world works. Kids are smart, sooner or later they figure out, I need help.

So, if their friend, who is married to their Mom, continually fails them, then all that’s left are the other actual friends their own age, who have no answers and worse, no wisdom from their years of inexperience.

If America falls into the pit of slavery called Socialism then we are to blame. You know, Generation X. The parents of the Millennials. A generation of parents who apparently felt the hardline tactics of their parents was too much for their own children. And sadly, for 33 percent of us, we’re also a generation of parents who decided children were mere objects of inspiration or at least ejaculation.

Across generational lines, most parents tend to treat their kids fairly and rightfully so. But today’s parents failed to teach tomorrow’s adults that life isn’t fair and no, everyone is not equal. There are rich people and poor people. Introverts and extroverts. The driven and lazy. Winners and losers.

Thus that “fairness” in the home leached into the real world turning the real world into a faux world. Then, an appalled generation of kids set adrift by their parents, left to their teachers’ devices, long for a solution to a void they don’t understand.

So they embrace the first person who says “(I’m from the government and) I’m here to help.”