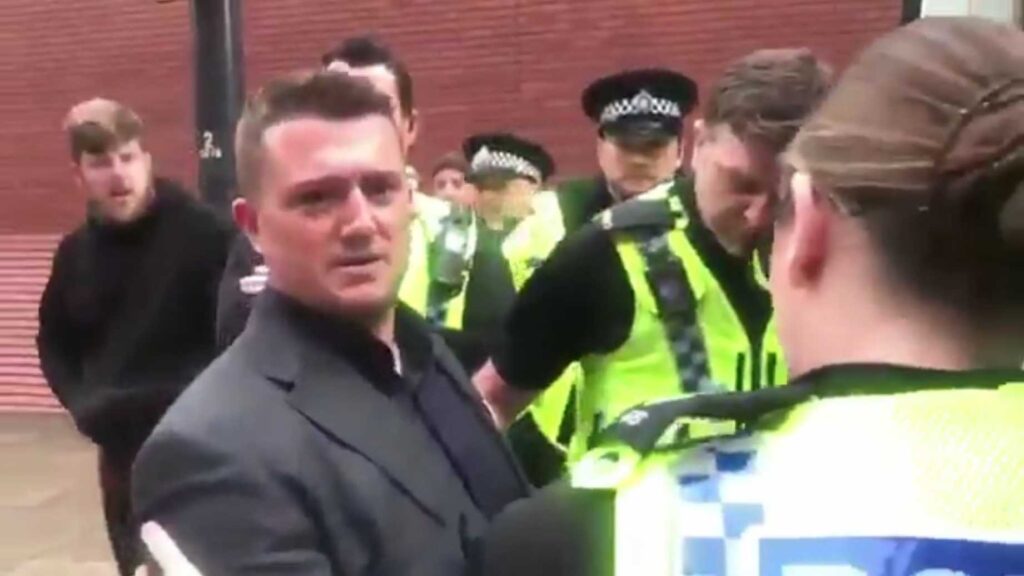 by Ryan Saavedra via The Daily Wire | Ben Shapiro Report …

Robinson, the former head of the English Defense League and a longtime activist against Islam and Islamic migration, was arrested after he was filming men accused of being part of a gang that groomed children. Britain has been rocked by a series of child sex scandals perpetuated by gangs of predominantly Muslim men.

Robinson, whose real name is Stephen Lennon, was arrested by police outside the Leeds Crown Court for allegedly breaching the peace.

Tommy Robinson has been arrested in Leeds court for reporting on grooming gangs. More updates to follow pic.twitter.com/iEPDoNOKHM

The details of the case are not immediately clear. Fox News reports that Robinson was previously given the 13-month prison sentence for a contempt-of-court charge and he was “on a suspended sentence for contempt of court over a gang rape case in 2017.” His new arrest allegedly activated the suspended sentence.

“This is ridiculous. I haven’t said a word. I’ve done nothing,” Robinson said. “This isn’t contempt of court. You are allowed to do this, aren’t you?”

Sources familiar with Robinson’s case spoke to Fox News on the condition of anonymity as they said they would be arrested if they spoke about it.

“Tommy’s lawyer said he will likely die in jail given his profile and previous credible threats, and the judge basically said he doesn’t care,” the source told Fox News, citing Muslim prison gangs. “He sentenced him to 13 months in prison.”