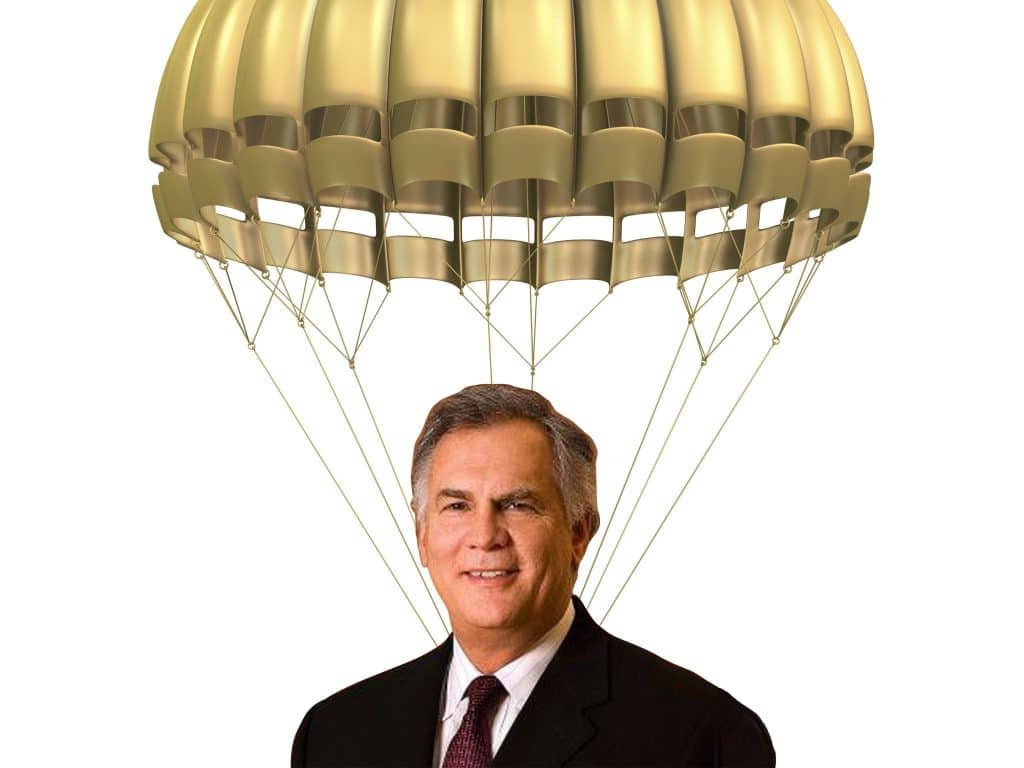 Gee, Even With Term Limits They All “Retire” With A Golden Parachute (Editorial / Opinion)

Gee, even with Term Limits, they all “retire” with a Golden Parachute that has to be the envy of the world! Full Salary, the Finest of Free Medical, Dental and Optical care, all the while getting three hundred, sixty five days off per year. WHY WOULDN’T THEY JUMP at Term Limits? And then going straight away to work at six or seven figures per annum for some “Lobbying Firm”, bribing and “LOBBYING” your old buddies. Such a sweet deal! However, there is far more money to be made in their “Behind Closed Door Side Deals”; for the most of them, their actual salaries are a near pittance.

They need also be PROHIBITED from ANY AND ALL GOVERNMENT AND ASSOCIATED LOBBYING FOR A MINIMUM OF FIVE YEARS, Preferably TEN. The bastard’s LIFE TIME “Retirement Package”, TRULY a Golden Parachute, is FULL PAY SALARY as though they were still “working” (at screwing the public while enriching themselves) on their “side deals.” For them mind you, Insider Trading IS PERFECTLY LEGAL, unlike such as Martha Stewart was convicted of and spent time in prison for, which was exactly to make a small potatoes “example” of her.

A few I am sure are honorable, “clean” and upstanding individuals. (Trey Gowdy comes to mind.)

However I am paying attention ESPECIALLY to those RINOs who are “Retiring” due to their claimed acrimony between THEY and the Trump Administration. I can only inquire as to; WHY?? (From THEIR PERSPECTIVE I am CERTAIN that most of them figure “WHY NOT??”)

Getting the hell out of Dodge While the Getting Is Still Good! (Statute of Limitations?)