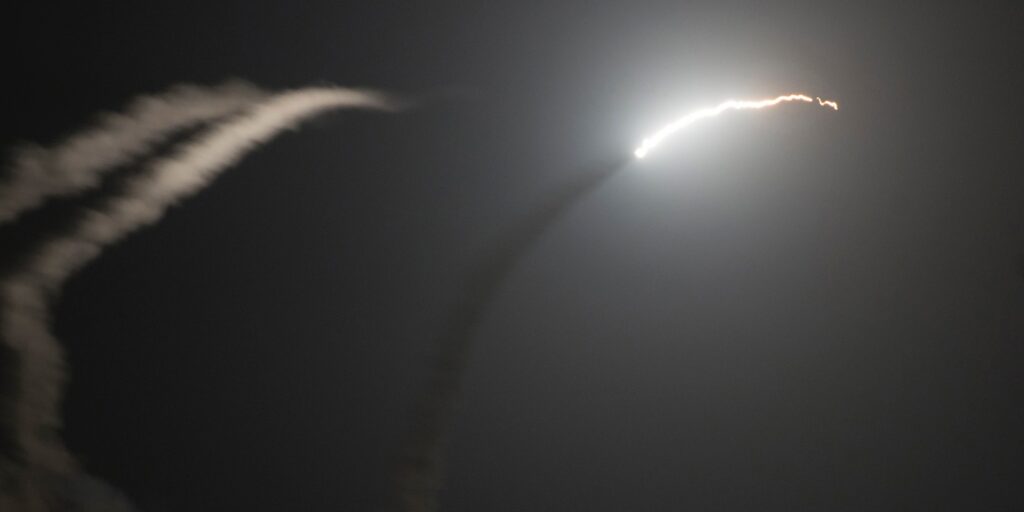 An Iranian military base in Syria was attacked on Tuesday, Fox News reported.

(BEIRUT) — Syrian state-run media said Israel struck a military outpost near the capital Damascus on Tuesday, saying its air defenses intercepted and destroyed two of the incoming missiles. The reported attack came an hour after President Donald Trump announced he was withdrawing from the Iran nuclear deal, calling Tehran a main exporter of terrorism in the region.

The official news agency SANA said without elaborating that the attack occurred in the countryside in Kisweh, just south of Damascus, an area known to have numerous Syrian army bases. Syrian TV earlier reported large explosions in the area.

At least nine people died in the attack, Rami Abdel Rahman, director of the Syrian Observatory for Human Rights in Britain, told AFP. The report could not be independently confirmed by Fox News.

The military compound that was hit is located about 10 miles south of the Syrian capital city of Damascus, western military sources said.

Syrian TV reported that it was an Israeli airstrike and that Syrian air defense systems shot down two missiles.

Interestingly, on April 26, Israeli ambassador to the United Nations Danny Danon claimed that Iran was recruiting and training upwards of 80,000 Shiite fighters at a base near Damascus during a UN Security Council meeting.

The strike may have occurred on this base or a similar one nearby.