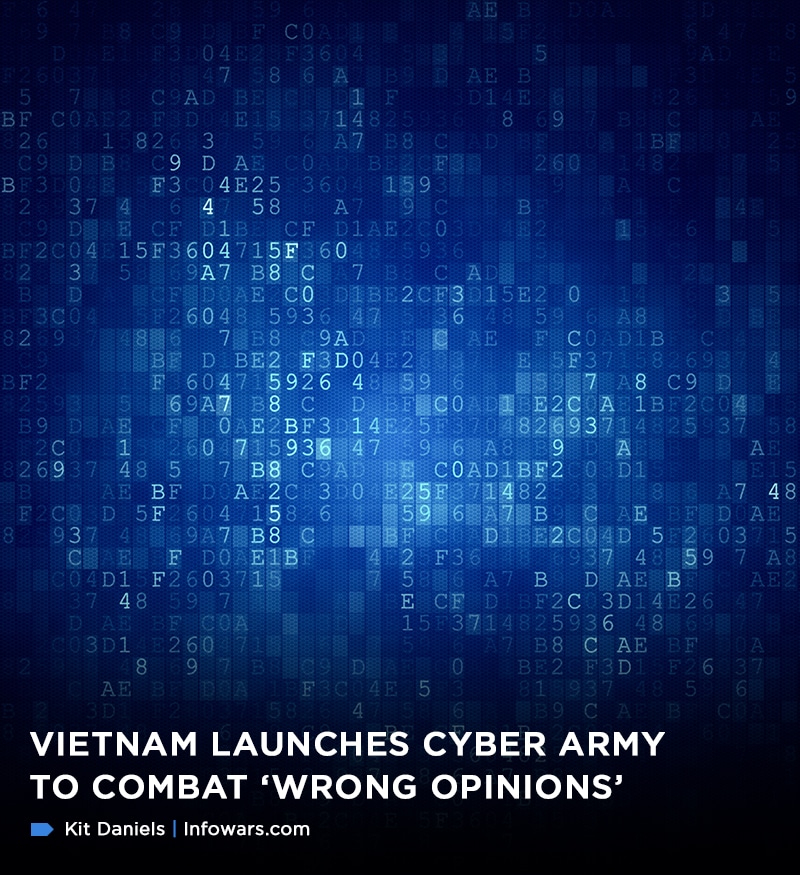 Vietnam is launching a cyber army to fight an “information war” against those with the “wrong views” on the Internet in a crackdown on political dissent.

The communist country wants to tighten influence over public opinion and stamp out critics of the government.

“In every hour, minute, and second we must be ready to fight proactively against the wrong views,” said Lieutenant General Nguyen Trong Nghia, the deputy head of the military’s political department.

The cyber army, known as Force 47, currently has 10,000 members ready to fight in the Internet’s “information war.”

“The Central Party Committee of the People’s Army of Vietnam has therefore acknowledged that besides the conventional military, which is the core of the national defense task, there should also be forces ready for warfare not only in the ground, sea and air arenas but also in cyberspace and in the universe,” reported Vietnam’s Tuoi Tre News.

Vietnam isn’t alone in this endeavor; the world’s elites have long understood the importance of controlling public opinion to lead the masses into narrow viewpoints that benefit the status quo at the expense of individual thought.

And the best way to keep people enslaved is to convince them that they’re not enslaved; make them believe their “opinions” are simply their own and not what the government wants them to believe.

In this system, there’s no room for heightened consciousness, self-thought or basic human tenants, such as masculinity, that threaten those in power.

“There is a very logical reason why coercive power prefers secrecy and deception: if the goal is to exploit and dominate others (without suffering the natural consequences of doing so), then transparency and honesty are not an option,” wrote Joseph Plummer in his book Tragedy and Hope 101. “As such, the basic template of coercive power (often hidden, always deceptive, and exercised in the name of something other than itself) is common throughout history.”