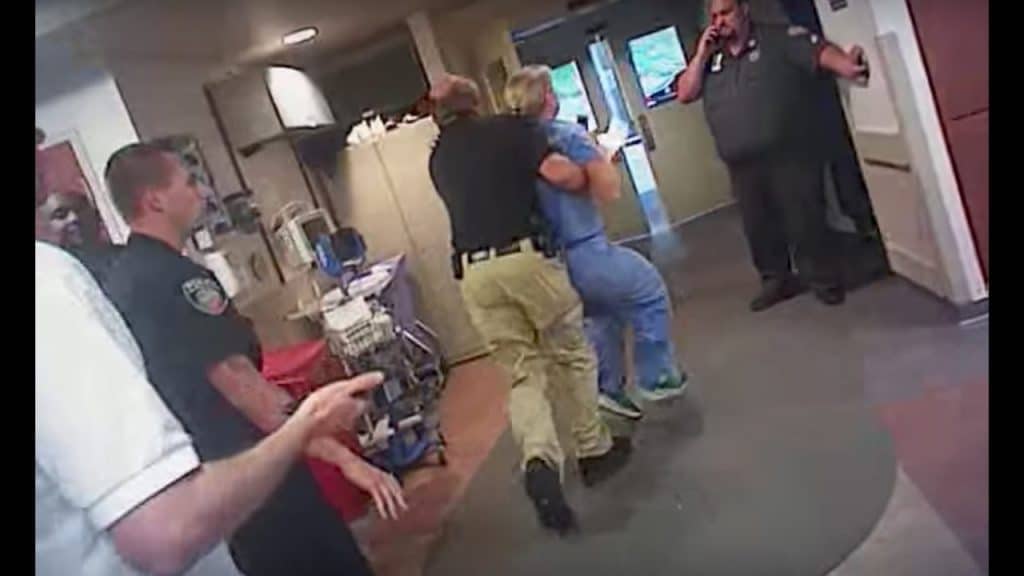 A Salt Lake City police detective who incited rage across the country on Friday is finally beginning to feel the consequences of his actions.
What happened

Detective Jeff Payne was videoed on July 26 assaulting and arresting a hospital nurse who refused to give him blood vials of one of her patients. Payne neither had a warrant for the blood, nor did he have probable cause or the patient’s consent to draw it. That means he was constitutionally barred from drawing the blood.

After Payne put the nurse, Alex Wubbels, in handcuffs, he placed her in his police vehicle. She was later released and not charged with a crime.

Payne, a trained phlebotomist, was initially only suspended from the city police department’s blood-draw department, but remained on otherwise full active-duty. Now the city has made a much stiffer decision about Payne’s future.

According to the Salt Lake City Tribune, city officials have placed Payne and another officer on administrative leave pending a full investigation into the incident. The decision to the suspend the officers came Friday afternoon. The name of the second officer was not released.