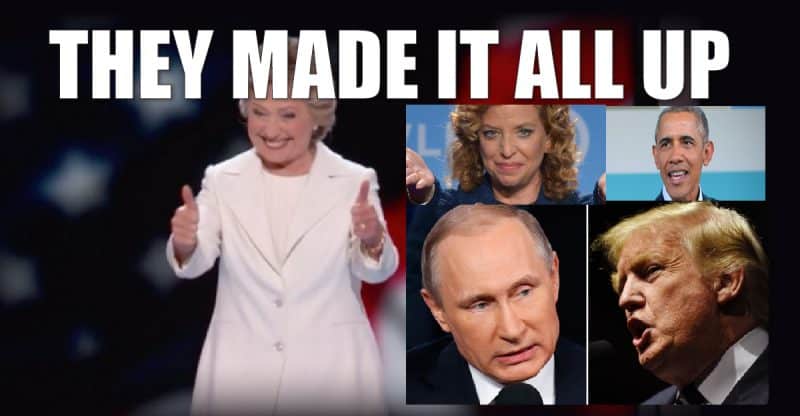 After 8 long months of intense investigation into (bogus) claims that President Trump colluded with Russia to “steal” the election from Hillary Clinton there has been not one shred of evidence to back up the outlandish and absurd claims.

Despite that fact, our lying liberal media and desperate Democrat lawmakers continue to push this phony narrative as a way to deflect from their own failures and cast a shadow of illegitimacy over President Trump’s presidency.

We all know this story is fake – if it were true there would be PILES of evidence by now, what with everyone and their brother scouring for any sliver of proof.

A leaked DNC email supports the “fake news” scenario, where DNC operatives discuss a plan to concoct a Trump-Russia story, making to appear that Trump is “too friendly” with Russia.