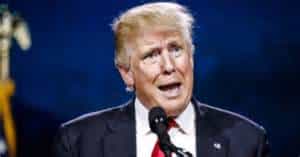 Roger Stone: Mueller Will ‘Clear the Air’ on Russia

Follow us on Twitter!
Senate Intel Committee subponeas two Flynn businesses and Trump has hired an ally as an attorney in the matter, however, after Brennan warned Russians not to meddle in elections, he has NO PROOF! Trey Gowdy asked Brennan if he had proof, and Brennan replied, “I don’t do evidence”. I guess no leftist democrat “does evidence” because they haven’t found any. There is more evidence that CLINTON colluded with Russians than Trump did, but where is the investigation on that one?

In an interview with Newsmax TV’s Steve Malzberg on Friday, Stone, author of “The Making of the President 2016,” said he’s an enthusiastic supporter of Mueller’s appointment.

Waters admits there is NO EVIDENCE!