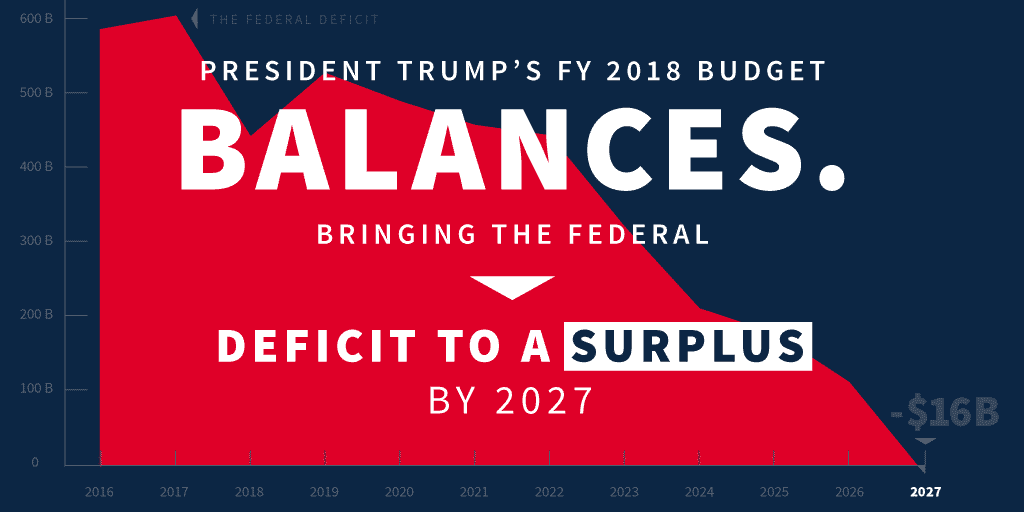 Trump’s All-In-One Budget Fix: The Rundown on The 2018 FY Budget That Will Fix Everything

President Trump’s first proposed budget shows respect for the people who pay the bills. The administration’s proposal reverses the damaging trends from previous administrations by putting our nation’s budget back into balance and reducing our debt through fiscally conservative principles, all the while delivering on President Trump’s campaign promise not to cut Social Security retirement or Medicare. The budget’s combination of regulatory, tax, and welfare reforms will provide opportunities for economic growth and creation. Get the facts about President Trump’s budget.

Unlike any budget proposed by the previous administration, the Fiscal Year 2018 Budget achieves balance within the 10-year budget window and begins to reduce the national debt within that same window. 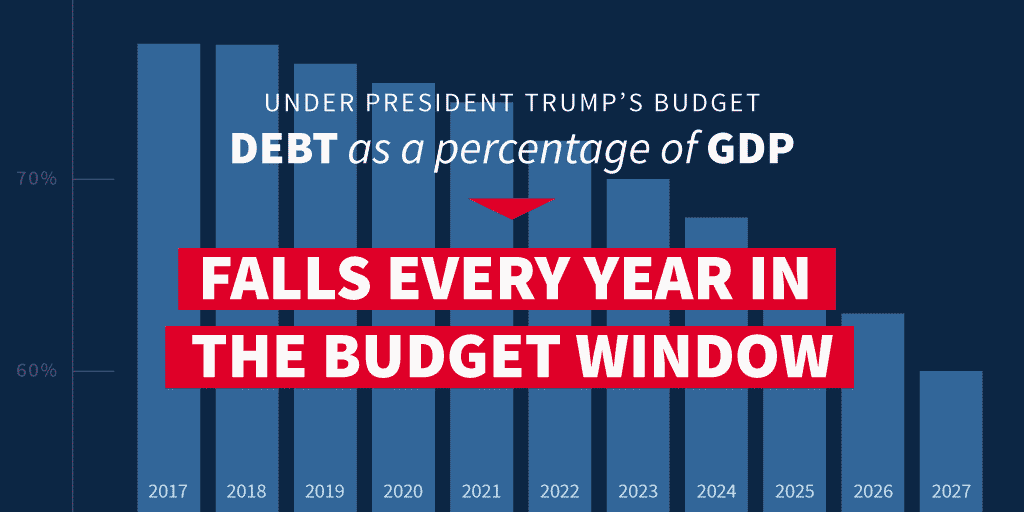 The policies in this Budget will drive down spending and grow the economy. By 2027, when the budget reaches balance, publicly held debt will be reduced to less than 60 percent of GDP, the lowest level since 2010.

No Cuts to Medicare & Social Security 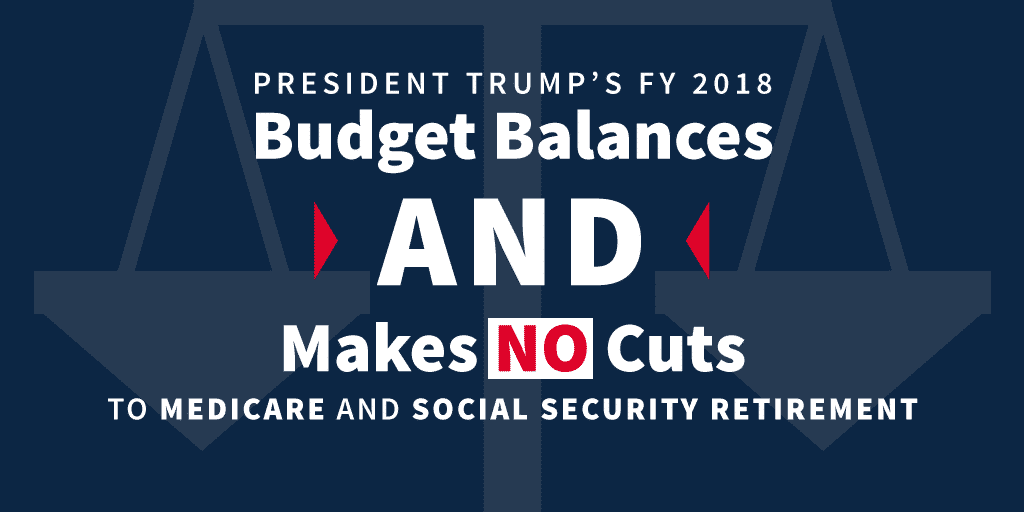 The President’s Budget does not cut core Social Security benefits. And the President is fulfilling his presidential campaign promise not to cut Medicare benefits. 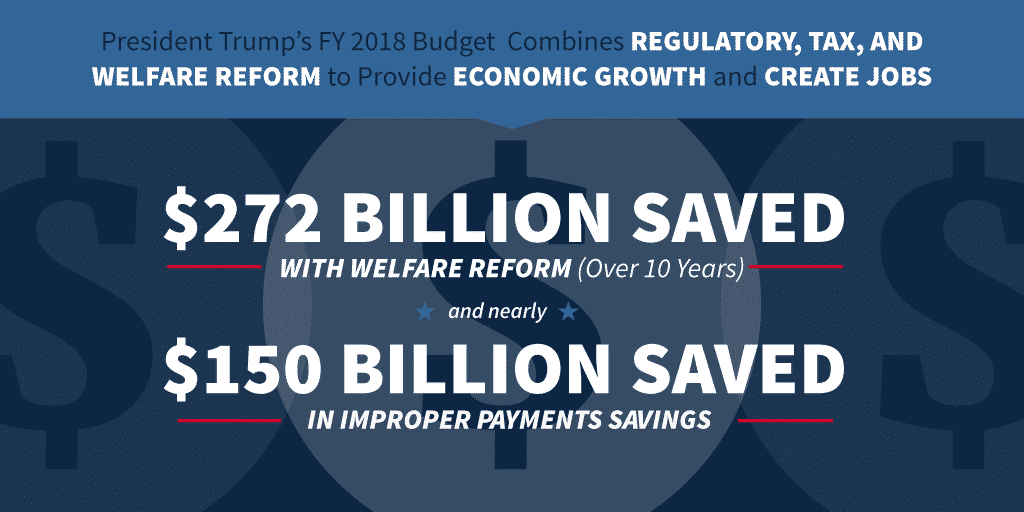 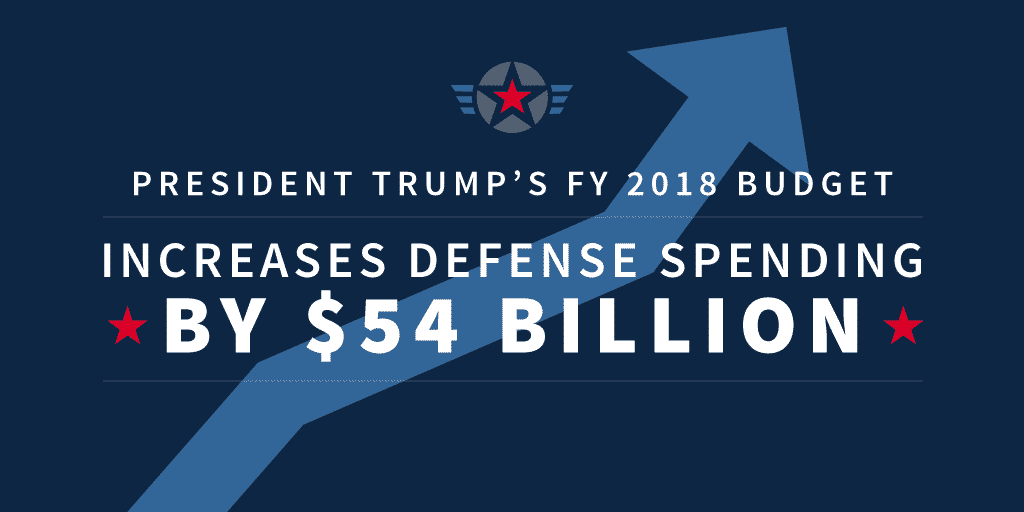 The President is requesting $54 billion, or 10 percent, more than the defense level President Obama signed into law for both the 2017 CR and the 2018 budget cap. This increase balances the need to rebuild the military with the need for disciplined, strategy-driven, executable growth. 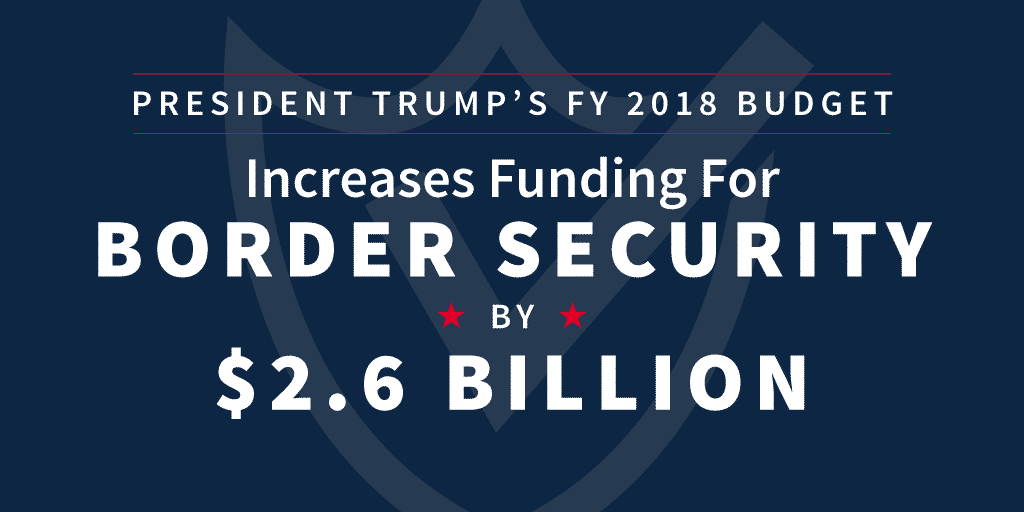 The Budget includes over $2.6 billion in new infrastructure and technology investments in 2018 to give CBP frontline law enforcement officers the tools and technologies they need to deter, deny, identify, track, and resolve illegal activity along the border. 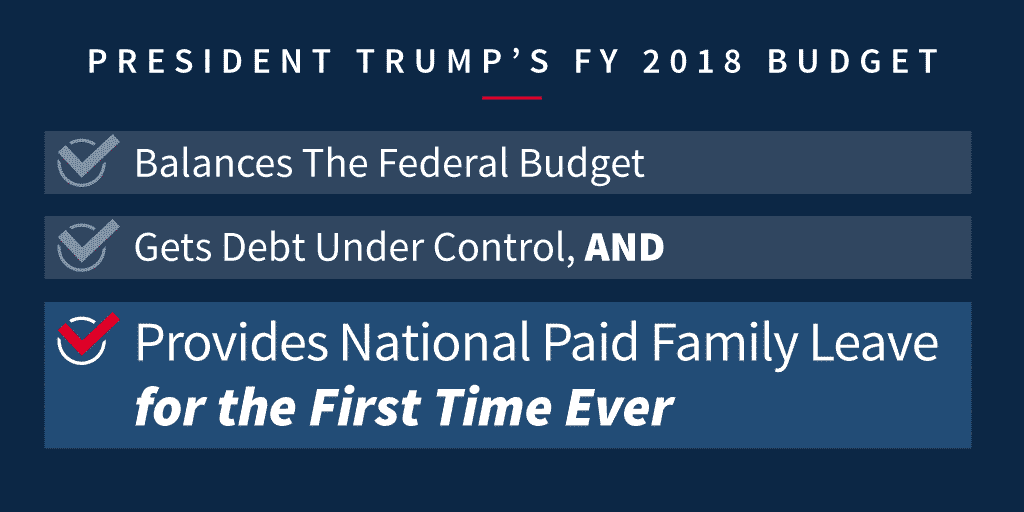 President Trump’s budget provides national paid family leave for the first time in the history of this country.