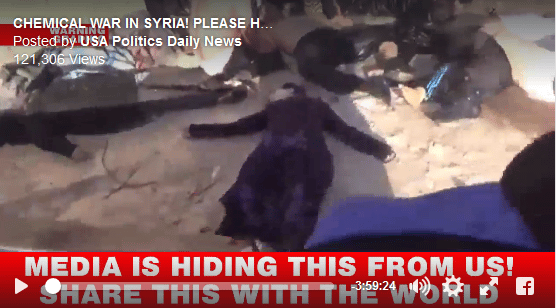 White House Press Secretary Sean Spicer stated, “President [Barack] Obama said in 2012 he would establish a red line against the use of chemical weapons and then did nothing. The United States stands with our allies across the globe to condemn this intolerable act.”

This is LIVE footage liable to be taken down at any given time due to the graphic nature.

This story will be UPDATED when we have more info … subscribe to our EMAIL ALERTS!!!

IF YOU DON’T WANT TO SEE THIS ON AMERICAN SOIL … Sign Our Petition !!!