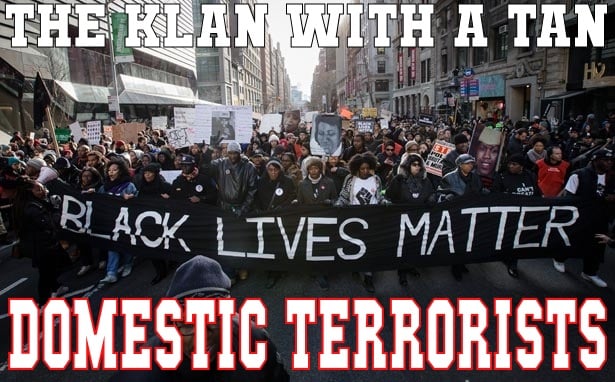 More Nonsense From “The Klan With A Tan” … Whites Banned!

Devastating news for white leftists in Philadelphia who wish to support the Black Lives Matter movement by attending the group’s meetings. It seems the group doesn’t want any of their “white” to rub off on them. According to BLM Philly, white people are banned from future gatherings and are not allowed to be official members of the organization because it is considered a “black only space.”, The Daily Wire reported.

As the Daily Caller reports:

The April 15 meeting plans to discuss projects and initiatives for the upcoming year and act as a  place for people to “meet, strategize and organize.” While children are invited to attend, white people are explicitly banned from the meeting, according to the Facebook event page.

When people began questioning the ban on whites over Twitter, Black Lives Matter Philly stayed by their ban, explaining that their meetings are “black centered.”

Anyone who identifies as “African disapora” is allowed to attend, the group explained over Twitter.

“If you identify as a person of the African Diaspora You can attend our meetings and become a member. If not you can support us in other ways,” Philly BLM said in a tweet. “African Disapora” usually refers to people who were taken out of Africa during the Transatlantic Slave Trades.

The group’s Twitter feed (below) was as ridiculous as you’d think: 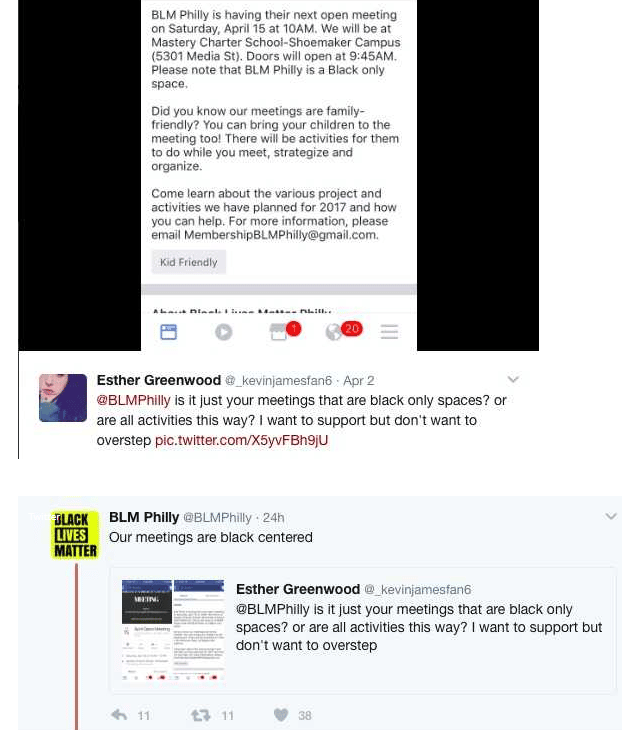 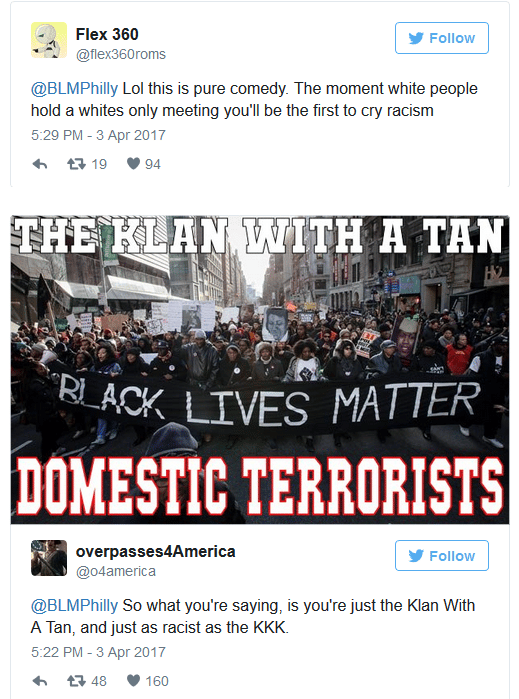 What are your thoughts? Do not just leave your comments here, but tweet these idiot *ssholes @BLMPhilly letting them know WHAT YOU THINK!!!