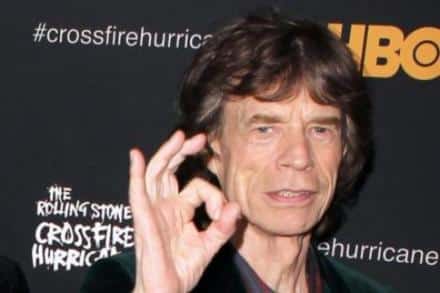 Illuminati Symbols In Latest FOX Broadcast of Trump’s Live Rally: “You Can’t Always Get What You Want!”

by Curtis R Bizelli / Watchman of The End Times | Eternal Affairs Media
@TruCurtBizelli
I noticed something after the breathtaking performance by Donald J. Trump on October 12th, 2016. The rally was broadcast live via FOX news.
After Trump’s final words, while fading out, they played the notorious Rolling Stones’ hit song, “You Can’t Always Get What You Want”. Is this not the message of The Illuminati? They are always trying to force their beliefs upon us, take God out of our country, deceive women into believing it’s okay to kill a baby. The SICK thing is they believe The 2030 Agenda is WHAT WE NEED!
and the final nail in the COFFIN is the election of Hillary Clinton!
Vote #TrumpPence16 Nov. 8th!
*** I don’t know if the following is true or not, considering you can’t BUY The Liberal Media. OH! That’s what Hillary DOES! lol! She buys the liberal media!

Anyway, Inquisitor has a different side to the story stating that Trump has chosen these songs to be played … (so maybe Trump’s in on the Illuminati agenda like a lot of my “truther” friends have been saying):
https://www.inquisitr.com/2788458/rolling-stones-message-to-donald-trump-you-cant-always-get-what-you-want/
GOD ONLY KNOWS!
“the truth powered by The TRUTH”