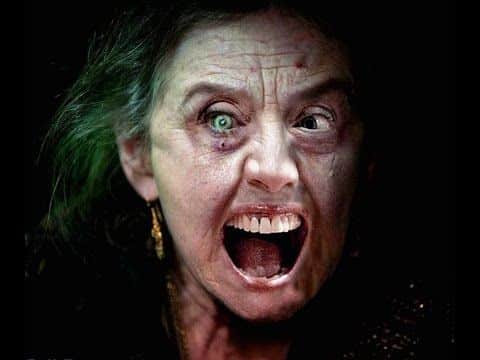 John Pilger, a True Journalist, Clinton Will Continue an Obama Presidency Except Worse

Obama is cool & collected but as John Pilger states, “[He is] one of the more violent presidents; Obama gave full reign to the Pentagon war-making apparatus of his discredited predecessor. He prosecuted more whistleblowers – truth-tellers – than any president. He pronounced Chelsea Manning guilty before she was tried.”

To prosecute somebody without trial is against The American Way. There is no other way of describing it; simply unconstitutional and uncalled for. Obama has signed more executive orders than any US president in history declaring himself dictator. When Trump criticizes Obama, he’s not being racist. He’s being CORRECT!

John Pilger also stated some more disturbing facts, “In 2009, Obama promised to help ‘rid the world of nuclear weapons’ and was awarded the Nobel Peace Prize; No American president has built more nuclear warheads than Obama.”

Also Trump added a lot of insight at the first presidential debate in 2016. Over 4,000 blacks killed on Obama’s watch; a major increase especially considering he won over the African American crowd and “duped them” two elections in a row. Do you really want another Obama presidency? Vote for Clinton.

“Clinton, the ‘women’s candidate’, leaves a trail of bloody coups: in Honduras, in Libya (plus the murder of the Libyan president) and Ukraine. The latter is now a CIA theme park swarming with Nazis and the frontline of a beckoning war with Russia. It was through Ukraine – literally, borderland – that Hitler’s Nazis invaded the Soviet Union, which lost 27 million people. This epic catastrophe remains a presence in Russia. Clinton’s presidential campaign has received money from all but one of the world’s ten biggest arms companies. No other candidate comes close. – The received wisdom seems to be “hold your nose” and vote for Clinton: anyone but Trump. That way, you stop the monster and preserve a system gagging for another war. This presidential campaign may not be about populism but American liberalism, an ideology that sees itself as modern and therefore superior and the one true way. Those on its right wing bear a likeness to 19th century Christian imperialists, with a God-given duty to convert or co-opt or conquer.” – JOHN PILGER, True Journalist

If you want to Americanize and not Globalize; If you believe abortion is murder; If you understand the crucial implications of illegal immigration and national security; among many other issues. If you wish and dream to Make America Great Again (Heck! If you BELIEVE IN THE AMERICAN DREAM!!!) Vote for Donald J. Trump on November. 8. #TrumpPence16