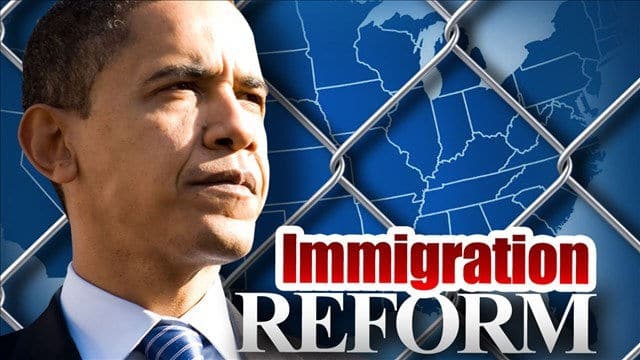 
Obama’s Immigration Plan Stopped In Its Tracks; Must Not Elect Hillary

WASHINGTON — A short-handed Supreme Court on Monday turned down a request from the Obama administration to reconsider a major immigration decision, dooming for now President Obama’s plan to spare millions of undocumented immigrants from deportation.

The court also declined to hear more than 1,000 petitions seeking reviews in cases that had piled up during the justices’ summer break. Among them were ones concerning what college athletes may earn, the Washington Redskins’ trademarks and a campaign finance investigation in Wisconsin. Adhering to its custom, the court did not give reasons for turning down the cases.

The request that the justices rehear the immigration case came after a deadlock in the case in June. The 4-to-4 tie left in place an appeals court ruling that had blocked Mr. Obama’s plan, which also would have allowed the undocumented immigrants to work legally in the United States.

The Supreme Court has been one justice short of its standard nine members since Justice Antonin Scalia died in February. The tie vote in the case, United States v. Texas, No. 15-674, set no precedent. The court did not disclose how the justices had voted.

The decision was applauded by Texas Attorney General Ken Paxton, who led a group of states in seeking to invalidate the plan. “Rewriting national immigration law requires the full and careful consideration of Congress,” he said. “This is the latest setback to the president’s attempt to expand executive power and another victory for those who believe in the Constitution’s separation of powers and the rule of law.”

In this case, the policy awaits a new president. Hillary Clinton has said she would revive the plan in another form. Under Donald Trump, it would not resurface.

The tie vote on immigration left intact a preliminary injunction that stopped the program in its tracks in February 2015, after Texas and 25 other states claimed Obama lacked the authority to circumvent Congress.

NY Times Daily News reports that “over 4 million or worried of deportation”. What EA Media have to say is “GOOD!!!” If you’re living here ILLEGALLY you DON’T BELONG HERE! Get out of our country. Stop stealing our jobs and bombing our buildings.

There were 12,587 illegal Syrian refugees that Obama came in during the fiscal year 2016. That’s just what was REPORTED; probably many more were actually let in. A large portion of these individuals hate our way of life.

If by some election fraud, Hillary Clinton becomes the next dictator of United States, we will be screwed.

Elect #TrumpPence16 who stands for The American Way of Life!