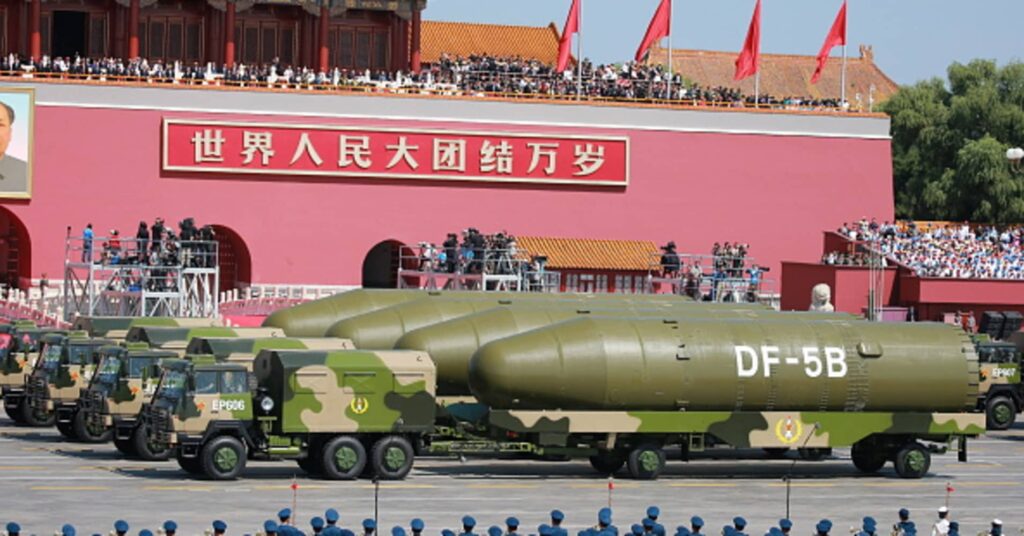 China may quadruple its nuclear arsenal by 2030. The United States Department of Defense warned in its annual report on November 3 that China “likely intends to have at least 1,000 warheads by 2030.” It also showed China is now capable of delivering nuclear missiles from land, sea and air—a triple threat known as the “nuclear triad.”

China has made other worrying developments to its military in recent months. On July 27, it became the first nation to fly a hypersonic glide vehicle (HGV) around the world. The HGV travels at five times the speed of sound and can be maneuvered to avoid air defenses. The highest-ranking military officer in the United States, Gen. Mark Milley, described the test as a “Sputnik moment,” referring to the 1957 Soviet Union launch of the world’s first artificial satellite. “We’re witnessing one of the largest shifts in geostrategic power that the world has ever experienced,” Milley warned.

But this shift is not earthbound. In April, the Annual Threat Assessment of the U.S. Intelligence Community said, “Beijing is working to match or exceed U.S. capabilities in space to gain the military, economic and prestige benefits that Washington has accrued from space leadership.”