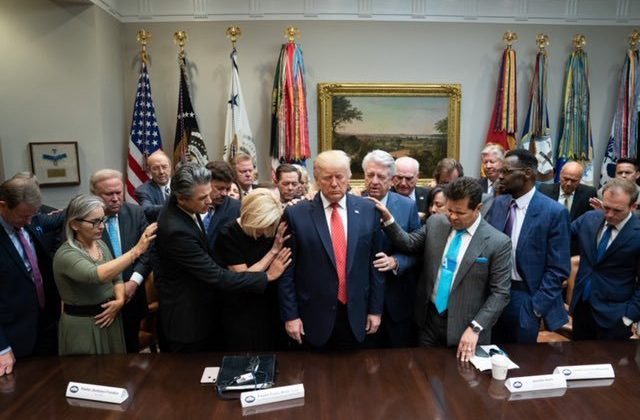 In another sign Donald Trump is eyeing a run to regain the White House, the former president and his religious advisors announced the launch of a National Faith Advisory Board on Thursday (Sept. 2), apparently aimed at reinvigorating his conservative Christian base.

The new initiative, first reported by the Jewish Daily Forward, was formally unveiled on a conference call organized by Intercessors for America and led by longtime Trump adviser Paula White. The Pentecostal megachurch pastor said the new effort, which includes participation from “70 executives” who were not identified. She said the Board is intended to continue the “great work that we have done,” referring to efforts she oversaw as head of the Trump White House’s faith-based office.

White drew parallels to the creation of a previous “faith advisory board,” a likely reference to a group of largely evangelical Christian leaders who advised the 2016 Trump presidential campaign and operated as an informal council on religion matters throughout his presidency.