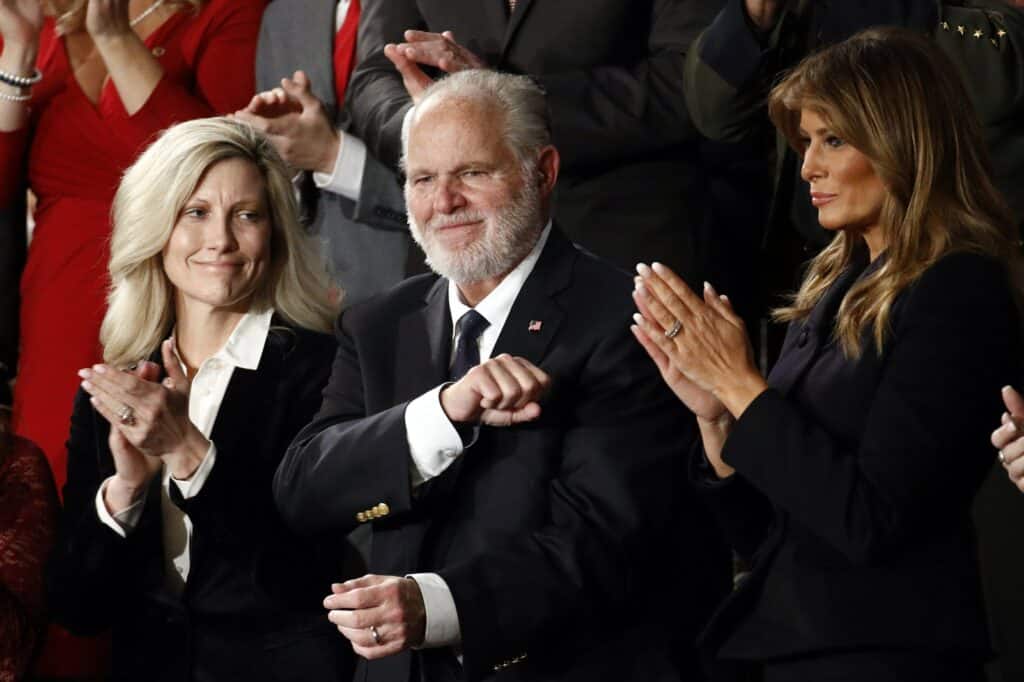 One of Rush Limbaugh’s Last Messages to Trump Supporters

One of Rush Limbaugh’s Last Messages to Trump Supporters

Before his rise into God’s Kingdom, Conservative Legendary Radio Host Rush Limbaugh offered the following encouragement to those standing on the right side of history, supporting the TRUE 2020 Winner, President Donald J Trump.

“A message, my friends, is keep the faith. You’ve got to keep the faith. We elected President Donald Trump in 2016. We elected him precisely to oppose and stop what we are all having to put up with right now — fraud, deceit, cheating, anti-Americanism, un-Americanism. We’ve had our fill of it. It has reached a boiling point. We wanted Donald Trump. He was a fighter for America-first policies.

He wanted to make America great again, and he did. He was off and running, three and a half years of an economic rebound the likes of which this country hadn’t seen. And then the coronavirus hits, and everything falls apart. Well, not falls apart, but everything is just rendered into mass, total confusion. But he fought and he is still fighting to uplift all Americans. This is the thing that everybody’s got to understand. …

Got to keep the faith, not just in word, but in action. And the president has to continue to fight. The president has to take every legal action he has open to him to reverse the Democrat political election corruption and win again for the real American people. This is not a time to abandon him — I’m not suggesting that any of you are.

I know it gets harder and harder to keep the faith, because it seems like it’s an overwhelming task. It seems like no matter what, particularly as I discussed yesterday, we play by the rules; we want to do everything legitimately so that when we win, it’s legit, that it is real. We don’t want to get where we end up with fakery or by way of cheating. We want it all to be legit, we want legitimate mandates, we want legitimate majorities. We play by the rules as best we can to get there.“