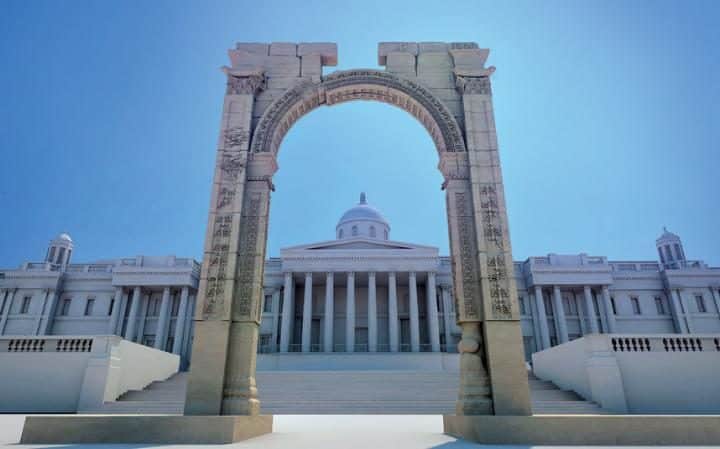 via From Dutch Sheets and Give Him 15:

Father, we thank You for Your mercy and grace. Thank You for the blood of Jesus that cleanses us from all sin and unrighteousness. We thank You that this blood can be applied, not only to an individual, but to a nation.

In 2007, I went through a several week season in which the spiritual warfare around me escalated exponentially. It is hard to explain but it felt like I was in a cloud of darkness and oppression. The attack was daily and relentless; it was hard to think and very difficult to sleep. I had to resist this attack diligently in order to keep from becoming overwhelmed.

I called a prophet and friend, Chuck Pierce, and asked if he had any prophetic discernment as to what this was all about. He immediately prophesied to me, “Yes. This has to do with your calling to the nation. It is the spirit of Baal. He is the spirit/principality over America. God wants you to learn about this spirit – how it operates, how we can overthrow him – and teach the rest of us.”

I knew that Daniel 10:13-20 and other passages reveal that principalities in satan’s kingdom are assigned to regions. I had no idea until that point in time that Baal was ruling America, let alone that my situation was related to this. I also was confident that through Christ, God has given us authority over all the powers of darkness; we are fully able to resist demonic spirits and keep them from overtaking us personally. However, this was a different situation; it was not about me but the nation. Essentially, I was in intercession, “standing in the gap” (Ezekiel 22:30) for the nation. What I was experiencing and feeling was actually warfare toward America. This began a process of breaking Baal’s influence off of America, a process that God is now taking to its next phase.

Please use the buttons below to TWEET & SHARE this post ... and leave your thoughts & feelings in the COMMENT SECTION by scrolling down ... If you haven't joined TRUTH PREMIUM, what are you waiting for? Click Here
14
SHARES
ShareTweet
5 1 vote
Article Rating
Subscribe
Connect withD
Login
Connect withD
0 Comments
Inline Feedbacks
View all comments