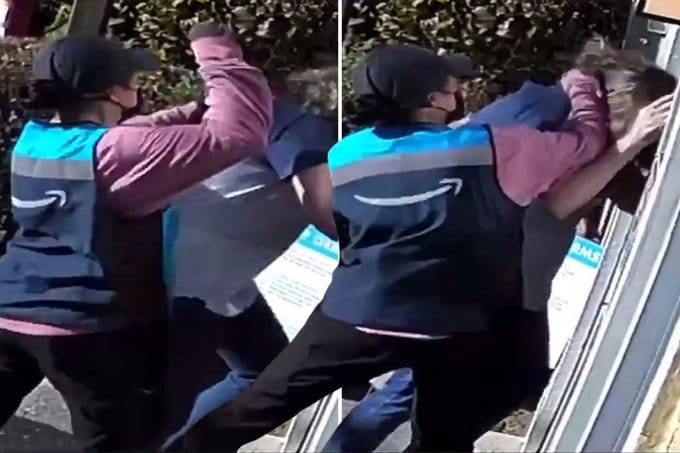 A female Amazon driver has been arrested after brutally beating a customer, a 67-year-old woman who was standing on the front porch of her apartment complex during a recent delivery in San Fransisco, CA.

A surveillance video on the victim’s front porch captured the vicious beating:

The Amazon driver Itzel Ramirez is seen standing by packages on the front porch of the apartment complex. The two women appear to have words with each other when the Amazon customer begins to walk back to the front door of the apartment. The Amazon worker suddenly approaches her from behind and repeatedly punches the elderly woman in the head and face.

According to the Gateway Pundit, the Amazon driver became enraged over her customer’s white privilege and decided to make her pay with multiple blows to her head.