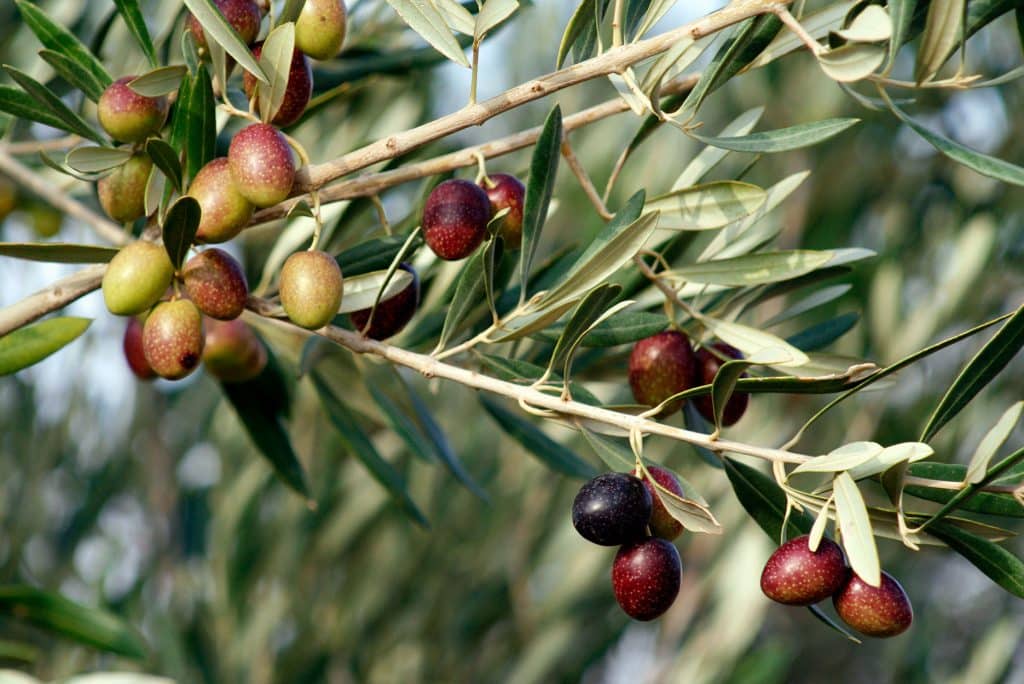 Historical Bio: The Olive Tree, Fruit and All

Historical Bio: The Olive Tree, Fruit and All

Olive trees, ‘Olea europaea,’ are the oldest fruit trees and certainly are one of the most important fruit trees in history. Olive tree culture has been closely connected to the rise and fall of Mediterranean empires and other advanced civilizations throughout the ages. Because olive trees offered wealth and future food supplies to established civilizations, the agricultural nations became stable societies, resulting from a secure expectation from past experience of an uninterrupted food and olive oil supply. This factor was a necessary requirement for population growth and increase. Dependable fruit production and olive oil production means that olive trees must exist in a stable society and a peaceful environment. That stability must extend for many years, since most ancient seedling olive trees required eight or more years before ever producing the first crop of fruit. Productive orchards of olive trees meant that a foundation of the great empires of Greece and Rome had arisen and developed into complex economic and political forces. It is interesting to note that the historical decline of these empires corresponded to the destruction of their olive tree orchards that reduced the available supplies of olives, olive oil, olive wood, and olive soap. In connection with the destruction of olive orchards, it is interesting to note that in the Israeli wars with Palestine, 50,000 olive trees were destroyed by Israeli bulldozers. That act of agricultural destruction resulted in considerable anger and unrest along the Gaza strip and the West Bank, because the economic livelihood of many Palestinian farmers depended on their products from the uprooted olive trees. Additionally, the olive tree was historically a ‘peace and goodwill’ symbol, and when the olive trees were leveled near the city of Bethlehem, the birthplace of Jesus and the “Cradle of Biblical History,” that elimination of olive trees seemed like a deliberate provocation to end the ‘peace’ with the Palestinian settlers and farmers.

The Greeks recognized that in their vast empire they must avoid hostilities and war during the period that the Olympic Games were being conducted, and they declared a worldwide armistice so that their complete attention could be directed toward their athletic events and games.

Greek mythology records that Athena, the Goddess of wisdom and peace, struck her magic spear into the Earth, and it turned into an olive tree, thus, the location where the olive tree appeared and grew was named Athens, Greece, in honor of the Goddess, Athena. Local legend tells us that the original olive tree still stands growing after many centuries at the ancient sacred site. Citizens still claim that all Greek olive trees originated from rooted cuttings that were grown from that original olive tree. Homer claimed in his writings that the ancient olive tree growing in Athens was already 10,000 years old. Homer stated that Greek courts sentenced people to death if they destroyed an olive tree. In 775 BC Olympia, Greece, at the site of the ancient Olympic stadium, athletes competed and trained, and winners were triumphantly acclaimed and crowned with a wreath made of olive twigs. Ancient gold coins that were minted in Athens depicted the face of the Goddess, Athena, wearing an olive leaf wreath on her helmet holding a clay vessel of olive oil. The Greeks began olive cultivation in 700 BC. The sacred lamp that was used in ancient Greek culture for lighting dark rooms at night was fueled by olive oil. Aged olive oil was also used in sacred anointing rituals of the church at weddings and at baptisms. Herodotus wrote in 500 BC, that the growing and exporting of olives and olive oil were so sacred that only virgins and eunuchs were allowed to cultivate orchards of olive trees. The first documented plantings of olive trees may have occurred during the Minoan civilization on the island of Crete and are believed to have been growing around 3500 BC. That civilization predates the discovered Mycenae olive fossils from 1600 BC and later in the Greek empire. Sturt Manning, an archeologist from Cornell University, reported in Live Science Magazine (Apr 28, 2005) that the most devastating volcano in 10,000 years occurred on the Greek Island of Thera, after which the city of Akrotiri was totally buried by the falling ash. The finding of olive wood and olive seed fossils buried near the site has shown through carbon dating that the volcanic eruption occurred between 1660 and 1600 BC and may have contributed to the total destruction of the advanced Minoan civilization (Atlantis) on the isle of Crete and may have led to the formation of the Sahara desert in North Africa after vaporizing the native forests there.

In the Old Testament of the Hebrew Bible (Gen 8:11), Noah was given an olive branch by a dove after the great flood as a symbol of peace and love of God, which it remains today. In the book of Exodus, Moses explains that God expected olive oil to be used in various rituals that were performed by priests of Israel. Olive oil was used as an anointing oil to be poured over the heads of Kings and priests that acknowledged their authority as an agent of God. Many other references to olives are given in the Bible. Psalms 52:8 “But I am like the green olive tree in the house of God, I trust in the steadfast love of God forever and ever.” Finally, Jesus was to spend his last day praying at the mount of olives garden of Gethsemane, in Jerusalem before his crucifixion. Jesus was arrested there, tried, convicted, crucified and later ascended to heaven, after his resurrection from the tomb.

Impressionist artists were stunned by the antique age and beauty of olive trees and their productiveness that resulted in masterpiece paintings by Van Gogh, Cezanne, Renoir, and Matisse. The world’s great Biblical reporters, literary writers, and poets immortalized the olive tree, such people as Jesus, Milton, Shakespeare, and Lord Byron.