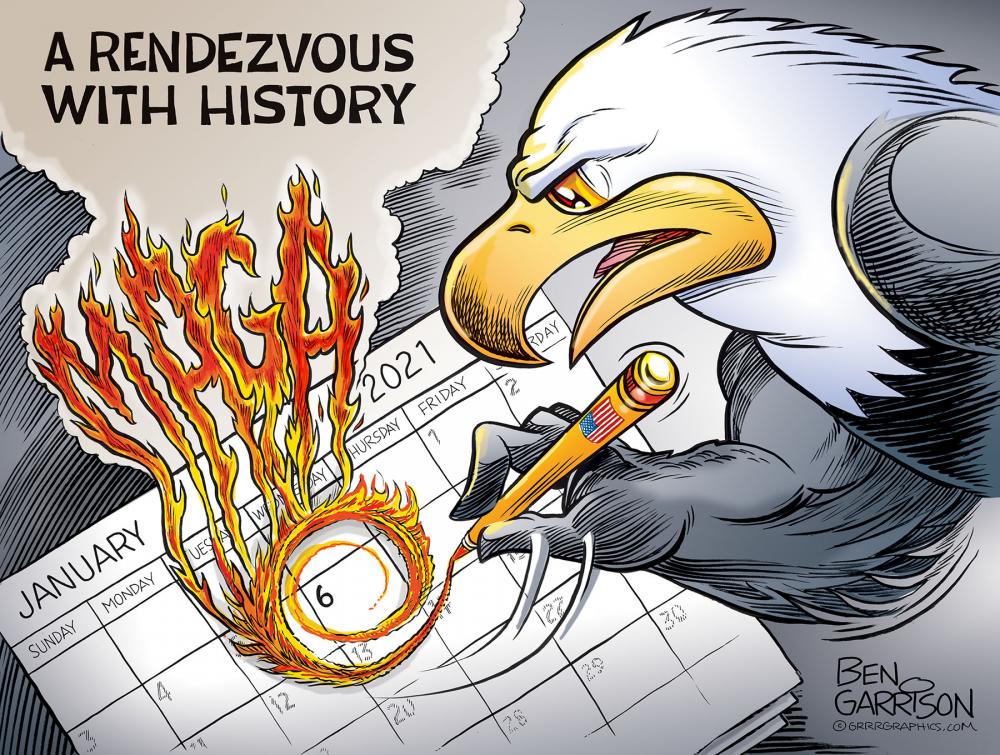 via Ben Garrison of GrrrGraphics.com:

Wednesday, January 6 is a red letter day. I’m sure many have the date circled on their new calendars. Probably in red ink. Soon it could be circled in fire.

It’s a protest day for many Trump supporters. They’ll be in Washington D.C. to help the president in his quest for justice. The election was blatantly stolen by the Democrat Socialists. The evidence is overwhelming, but the corporate media, the courts, and many in Congress are content to be led by a corrupt and demented swamp and basement-dwelling pedophile, China Joe Biden.

January 6th can be a turning point in US history. It can be the day when patriots take not just a stand, but real action against the globalists who want a ‘great reset,’ which means America will live under a totalitarian system similar to communist China.
We don’t want a ’new normal’ that’s being forced upon us by tyrants. We want the regular constitutional normal. We The People want our Republic back.
Make America Great Again!