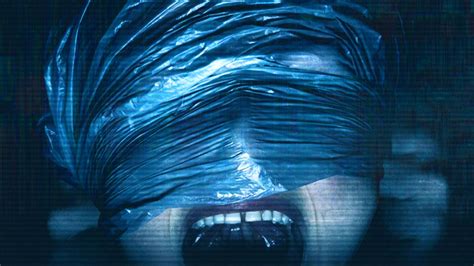 Northeast Texas man who solicited murder, necrophilia, and cannibalism of a minor on dark web sentenced to federal prison

Undercover ICE special agents in Beaumont, Texas, intercepted the man and were able to arrest him before he could carry out the heinous plot

BEAUMONT, Texas – A 23-year-old Northeast Texas man who solicited the murder, necrophilia, and cannibalism of a minor on the dark web was sentenced to 40 years in federal prison for child exploitation violations Thursday in the Eastern District of Texas.

Alexander Nathan Barter, a resident of Joaquin, Texas, was sentenced to 40 years in federal prison and ordered to submit to a lifetime of supervised release for attempted coercion and enticement of a minor and distribution of child pornography Sept. 17 by U.S. District Judge Michael Truncale. He pleaded guilty to the charges Dec. 20, 2019.

According to information introduced as part of Barter’s plea and at sentencing, in October 2018, Barter posted an ad on a dark web site stating, “I’d like to try necrophilia and cannibalism, and see how it feels to take a life. If you’d be willing to let me kill you, are in the U.S. (preferably in the south) and can travel by car, contact me.” An undercover HSI special agent saw the ad and responded, using the persona of a father with a 13-year-old daughter.

Between Oct. 9 and Oct. 19, 2018, Barter and the undercover special agent exchanged a series of messages that included Barter’s repeated interest in killing, raping and eating the 13-year-old child. Barter provided the undercover with instructions on traveling from Florida to Shelby County, Texas, what to tell the child to get her to agree to travel, and how to conceal evidence of their crime. On Oct. 19, 2018, Barter arrived at the designated meet site in Joaquin, Texas, with a knife, trash bag, cellular phone and a tablet.
“In my 23-year-career in law enforcement, this is among the most morally depraved and appalling criminal conspiracies that I have come across,” said Mark Dawson, special agent in charge of HSI Houston. “Without the quick and decisive actions of our special agents from Cocoa Beach and Beaumont, this disturbed predator would still be out there looking for potential victims to carry out his sick and demented fantasies.”

“As this chilling case demonstrates, online talk is not always just talk. The constant vigilance of our law enforcement partners has prevented an evildoer from finding a likeminded accomplice and bringing his grisly plan to fruition,” said U.S. Attorney Stephen J. Cox. “This case is a sobering reminder of how the brave men and women of law enforcement face down the worst of the worst in the scariest of scenarios.”