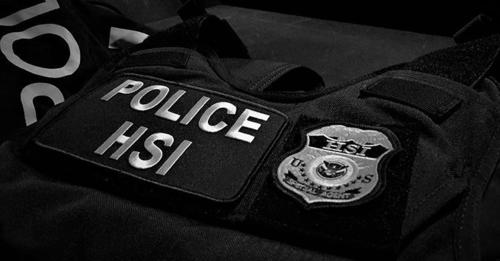 BOSTON – A Springfield, Massachusetts, man was sentenced to more than fifteen years in federal prison September 17 for sex trafficking female victims through a prostitution business in a case led by U.S. Immigration and Customs Enforcement’s Homeland Security Investigations (HSI), with federal and local partners and prosecuted by the U.S. Attorney for Massachusetts.

William Coleman, 49, was sentenced by U.S. District Court Judge Mark G. Mastroianni to 186 months in prison and five years of supervised release. In February 2020, Coleman pleaded guilty to one count of conspiracy to commit sex trafficking and nine counts of sex trafficking. Coleman has been in custody since his arrest Dec. 23, 2018.

“This sentencing is yet another success in the fight against the crime of human trafficking in our region,” said Michael Shea, acting special agent in charge of HSI, Boston. “We applaud this sentence as a measure of justice for the victims who suffered often brutal sexual exploitation at the hands of Coleman through his web of illegal activity which covered multiple states. This case could never have been completed without the expert, close coordination of our concerned community of stakeholders in the Western Massachusetts Human Trafficking Working Group.”

“This sentence is a stern reminder of the consequences facing those involved in the unconscionable practice of sex trafficking,” said United States Attorney Andrew E. Lelling. “My office, in tandem with our law enforcement partners, remains steadfast in its resolve to eradicate illegal sex trafficking operations that prey on vulnerable victims.”

From 2016 to 2018, Coleman ran a prostitution business in the Springfield area, the greater Hartford, Conn., area, and other parts of Connecticut. Coleman used violence and the drug addictions of eight female victims to coerce them into engaging in commercial sex acts with paying customers. The victims were typically required to turn over all of their earnings to Coleman, and their daily lives were tightly controlled by him. Most of the women were not allowed to keep any of the money they earned, and they were only to obtain their drugs – in most cases, heroin – from Coleman. Victims who did not engage in prostitution for Coleman, or who did not follow his rules, were subjected to physical assaults, sexual violence and the withholding of drugs. Coleman used websites to post prostitution advertisements for the victims working for him.

Recognizing key indicators of human trafficking is the first step in identifying a victim and can help save a life. It is often a hidden crime, and victims may be afraid to come forward and get help. It is vital that ICE continue to spread the word and educate the public to be aware of the signs so that victims can be identified, and traffickers brought to justice.

In fiscal year 2019, HSI arrested 2,197 individuals in connection with human trafficking. From those cases, more than 400 trafficking victims were identified and offered critical assistance.

Specialists with the agency’s Victim Assistance Program assess a victim’s needs and work with law enforcement to integrate victim assistance considerations throughout a criminal investigation. HSI can also assist a victim in getting a short-term immigration relief known as continued presence, which is available only upon request by law enforcement. In the absence of other resources, DHS has an emergency assistance fund which is available for emergency victim assistance needs.

Bystanders play a unique role in identifying and preventing this crime. If you notice suspicious activity, please contact ICE through its tip line at 1-866-DHS-2-ICE or ice.gov/tips.