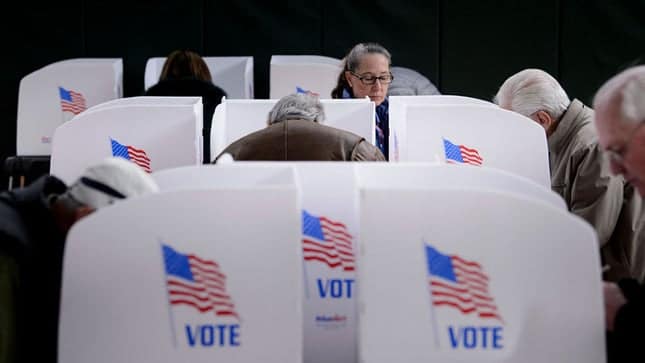 
Dept of Homeland Security Releases Statement Regarding Security of 2020 Elections

Today, dozens of states and local jurisdictions are hosting their own elections across the country and, less than a year from now, Americans will go to the polls and cast their votes in the 2020 presidential election. Election security is a top priority for the United States Government. Building on our successful, whole-of-government approach to securing the 2018 elections, we have increased the level of support to state and local election officials in their efforts to protect elections. The federal government is prioritizing the sharing of threat intelligence and providing support and services that improve the security of election infrastructure across the nation.

In an unprecedented level of coordination, the U.S. government is working with all 50 states and U.S. territories, local officials, and private sector partners to identify threats, broadly share information, and protect the democratic process. We remain firm in our commitment to quickly share timely and actionable information, provide support and services, and to defend against any threats to our democracy.

Our adversaries want to undermine our democratic institutions, influence public sentiment and affect government policies. Russia, China, Iran, and other foreign malicious actors all will seek to interfere in the voting process or influence voter perceptions. Adversaries may try to accomplish their goals through a variety of means, including social media campaigns, directing disinformation operations or conducting disruptive or destructive cyber-attacks on state and local infrastructure.

While at this time we have no evidence of a compromise or disruption to election infrastructure that would enable adversaries to prevent voting, change vote counts or disrupt the ability to tally votes, we continue to vigilantly monitor any threats to U.S. elections.

The U.S. government will defend our democracy and maintain transparency with the American public about our efforts. An informed public is a resilient public. Americans should go to trusted sources for election information, such as their state and local election officials. We encourage every American to report any suspicious activity to their local officials, the FBI, or DHS. In past election cycles, reporting by Americans about suspicious activity provided valuable insight which has made our elections more secure. The greatest means to combat these threats is a whole-of-society effort.