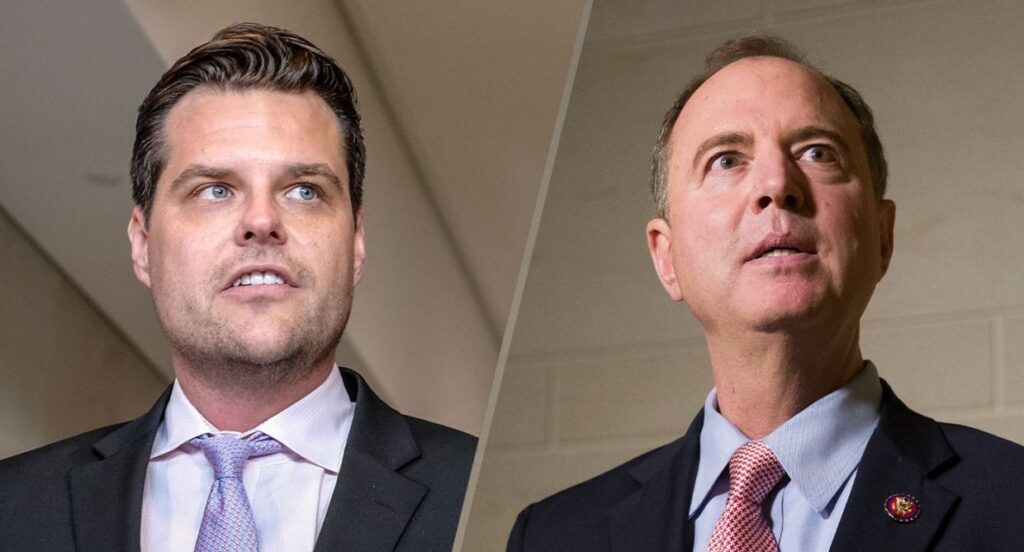 Florida Republican Rep. Matt Gaetz was asked to leave a Monday deposition with a former top Russia aide to President Donald Trump because he was not on one of the three committees tasked with conducting the interview.

California Democratic Rep. Adam Schiff, the chairman of the House Intelligence Committee, told Gaetz he could not be in the deposition room, according to two sources familiar with the matter. Gaetz later told reporters that he was officially asked to leave after consulting with the House Parliamentarian, and referred to the impeachment inquiry against the president as a “sham process.”