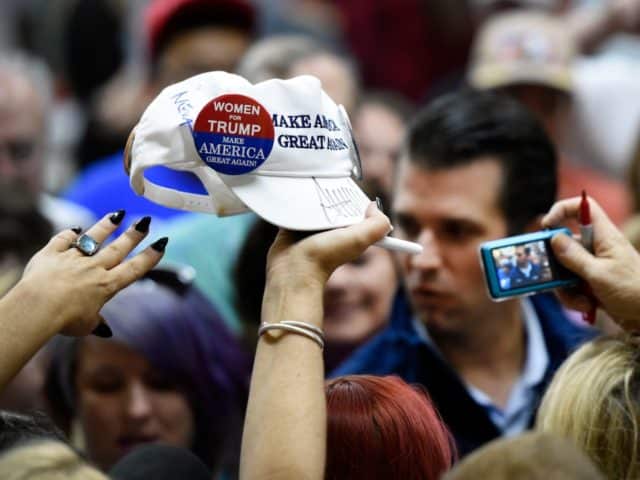 How Do You Spot Disinformation Agents?

Police Departments Partnering With Amazon to Spy on Citizens

Detroit Mother Sentenced to Jail for Not Vaccinating Her Son

Pastor: You Shouldn’t Be Afraid of Witchcraft, Demons if You’re a Christian

Trump Supporters Plan Massive March in D.C. – Mr. President We Have Your Back

The impeachment effort against President Donald Trump may be popular among Democrats but it has also energized his supporters, including thousands of women who plan to show up at the nation’s capital on October 17 for the March for Trump.

“We are coming to Washington to support our president — to stand with him through this impeachment charade,” Amy Kremer, Tea Party activist and founder of Women for America First, the organization behind the march, said on SiriusXM’s Breitbart News Saturday with host Matt Boyle.

Furthermore, Curtis Ray Bizelli, Founder & CEO of this outlet, EternalAffairsMedia.com est. 2010 wrote the following message to TRUMP today on October 9th to show POTUS his personal support and urge him to never give up:

“Sir, I realize the EVIL you’re up against on a daily basis. We The Deplorables see what you’re doing and appreciate all of it. I realize that we’re living during a very historic time and I believe you realize this too. As a highly anointed Believer in Christ who has been fighting the EVIL & SICK GLOBAL ESTABLISHMENT since 2010 via Truthful Media Ministry EternalAffairsMedia, I am aware of the severity of the situation we find ourselves. This is no time to back down! We, The People have your back, and we won’t quit, so I want to make certain you won’t either. I don’t you think you will. You have a character I admire and respect; a character I wish I personally had. These are EVIL & SICK people, but we’ve both read the book … We win in the end! Let’s drain the swamp, Sir. I’m with you, and WWG1WGA.”

Wouldn’t you love it of OANN could be a legit competitor against Fox News?

Our Friends At Infowars: