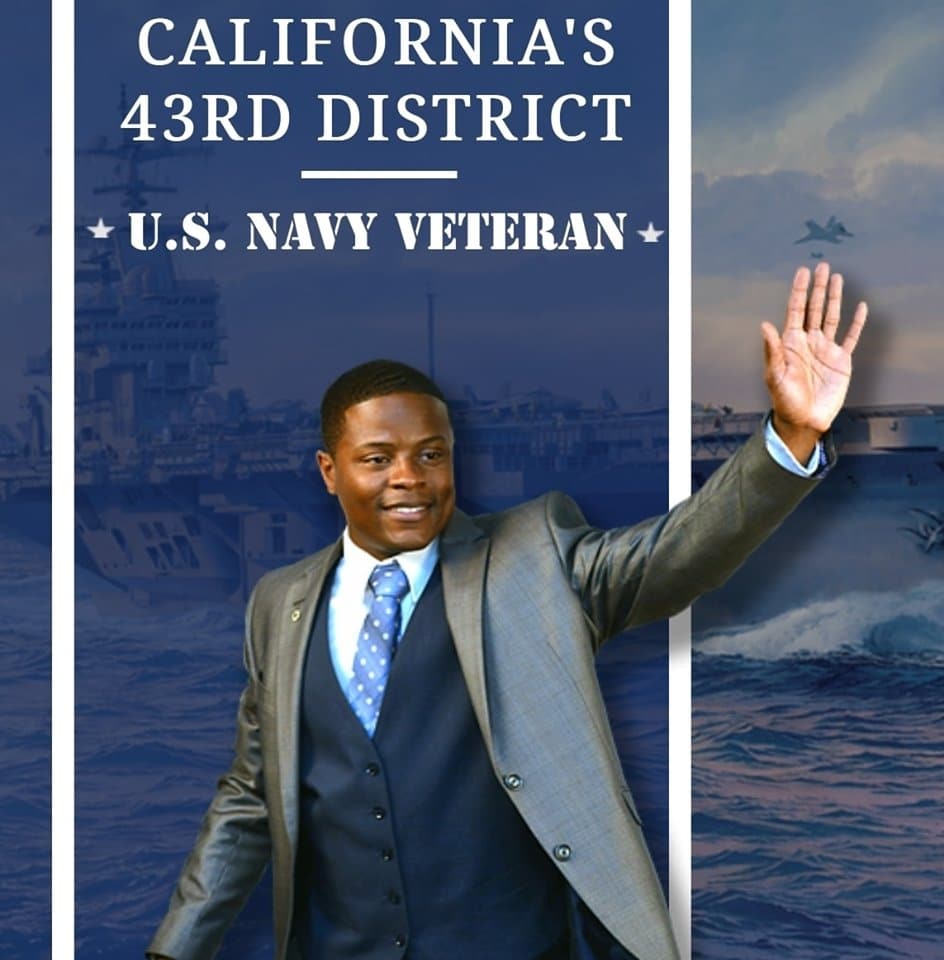 Hello Readers, I received this email from Joe Collins, taken in part … He’s running for Crazy Auntie Maxine’s Congress Seat in South Central Los Angeles, and I urge those that aren’t happy in the district to VOTE for this Black Conservative Man who is also a Navy Veteran and POTUS 45 SUPPORTER!

Here’s (taken in part) the email he sent out on the 19th of July:

I would like to say hello and introduce myself.

You probably remember this viral video from the 2018 campaign, when Maxine Waters incited harassment and violence against supporters of President Trump…

This toxic and radical behavior is typical of Maxine Waters. She’s been plaguing my community and the rest of our country with it for two and half decades.

P.S. I am a Walk-Away from the Democrat Party. As a black man, you are told you have to be a democrat. After joining the Military, I walked away because their party does not represent my values, my ethics, and my morals.

I am a proud supporter of President Trump 100% and I need your help to take out anti-Trump liberal Maxine Waters.