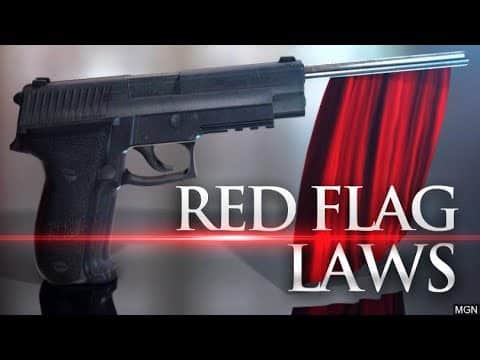 ‘Red Flag’ Laws Are Too Dangerous To Support

“Red Flag” laws, which have been a hot topic of discussion since last weekend, are designed to take guns away from mentally unstable people before they can harm themselves or anyone else.

This sounds good in theory, but in practice, such laws are a danger to mentally healthy people in our day and a threat to the Constitution to boot.

The main question is this: Who gets to decide who is too mentally unstable to own a firearm? And how is that decision made? Most newly adopted laws (six such laws have been signed this year) and newly proposed laws (two dozen have been introduced in various states) require some kind of certification from a mental health professional that a judge can then use to confiscate someone’s firearm(s).

These groups, for instance, once correctly viewed homosexuality as prima facie evidence of a profound mental disorder. But now they think that those who still believe that are the mentally disordered ones.

There are many on the left, including many in the helping professions, who think of conservative Christians as mentally disordered and incurable bigots, racists, homophobes, and xenophobes, and fantasists who believe in an invisible but powerful friend in the sky whom no one has ever seen. If these mental health professionals acquire the authority to legally recommend the confiscation of firearms, every liberty we value will be placed at risk.