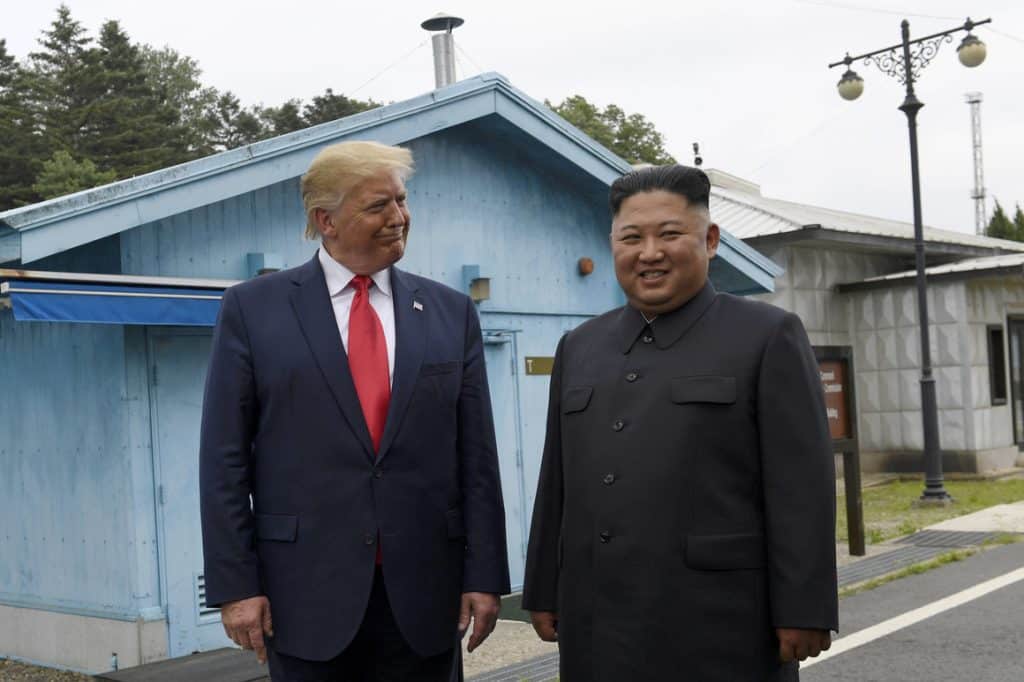 Seriously, Remember all the campaign commercials in 2016 with the Demoncrats saying they wouldn’t trust Trump with “The Button”. HAHA, a joke [they are]! They are the ones that shouldn’t be trusted.

After days of speculation about whether it would happen, President Trump met North Korea’s Kim Jong Un at the Demilitarized Zone between North and South Korea on Sunday. After shaking hands, the two leaders briefly crossed into North Korea, making Trump the first sitting US president to do so.

Jordyn Phelps with ABC News reported on the Historic incident:


Pres. Trump became the first U.S. president to step into North Korea as he strode by himself across the demilitarized zone and shook hands with North Korean leader Kim Jong Un. https://t.co/IwiGbk2gav pic.twitter.com/UeAZ3b8IJC


Kim, through a translator, called Trump’s decision to meet with him a “courageous and determined act.”

“Good to see you again, I never expected to see you in this place,” Kim said as they initially shook hands.

Both leaders spoke, standing side by side, before heading into a bilateral meeting in a nearby building.

“Tremendous positivity, really great things are happening” Trump said. “We met and we liked each other from day one and that was very important.”