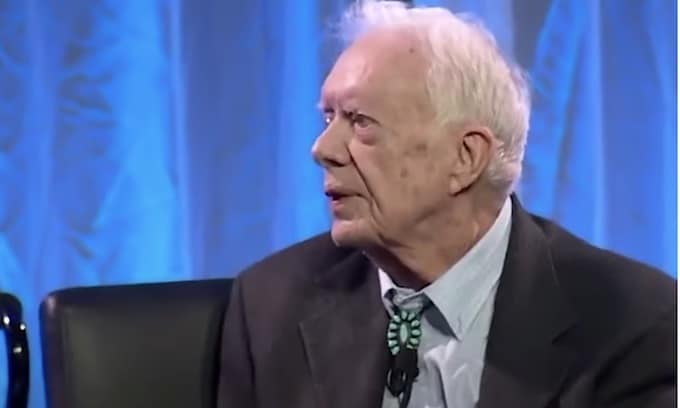 This wouldn’t be so interesting if it weren’t for the FACT that President Trump was completely exonerated from any collusion or obstruction after the Demoncrats WASTED 2-years investigating Trump & his ties to Russia!

Jimmy Carter says President Trump is only in the White House thanks to Russian interference.

The aging ex-president broke with tradition to assert that Trump’s election was illegitimate and that he “didn’t really win” the 2016 contest.

“He lost the election and he was put into office because the Russians interfered on his behalf,” Carter said at a panel discussion in Virginia.

Carter, 94, stressed that he believes Trump is an “illegitimate” president and said he will not “retract” the assertion.

Carter, who is recovering after a recent fall, also said Trump should “condemn” Russian interference and “admit that it happened” at the panel on human rights sponsored by the Carter Center think tank.

“Jimmy Carter, he’s a nice man but he was a terrible president,” Trump said. “He’s like the forgotten president … it’s a democrat talking point” he said, brushing the insult off.