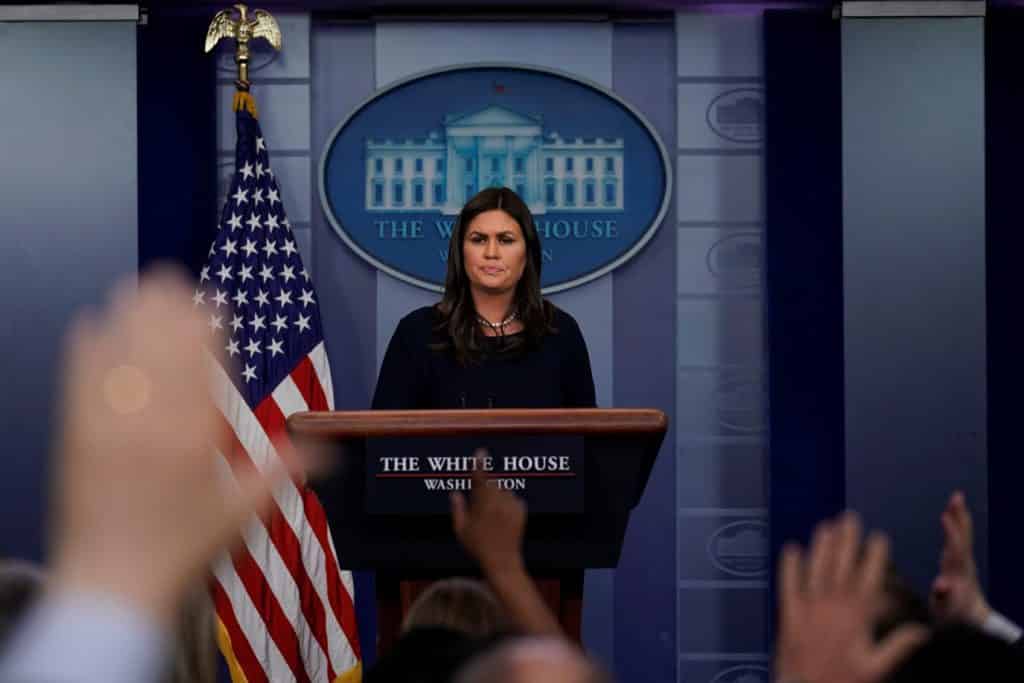 WH Press Secretary Sarah Sanders will leave office by the end of the month, Trump announces …

President Trump announced Thursday on Twitter that White House Press Secretary Sarah Sanders will be leaving her position at the end of the month.

“After 3 1/2 years, our wonderful Sarah Huckabee Sanders will be leaving the White House at the end of the month and going home to the Great State of Arkansas,” Trump said. “She is a very special person with extraordinary talents, who has done an incredible job! I hope she decides to run for Governor of Arkansas – she would be fantastic. Sarah, thank you for a job well done!”

The president has not yet named a replacement for the position.

ILoveMyFreedom.org has reported on this story:

And while the liberal media is celebrating, claiming there is “disfunction” in the White House, a new report suggests the TRUE reason she is resigning…

According to sources close to Sanders, she is considering a run at POLITICAL OFFICE in the near future!

“In private conversations in recent weeks, Sanders has floated running for governor in her home state of Arkansas, according to two people familiar with the talks,”

We will certainly miss Mrs. Sanders, but we wish her the best in her future endeavors!

Former Governor of Arkansas and Father to Sarah Sanders, Mike Huckabee issued the following statement regarding how President Trump treated his daughter over the 3 1/2 years she was on his White House staff as Press Secretary:

“Just Dad talking,” Huckabee wrote, “I’m profoundly grateful to @realDonaldTrump for the kind, respectful way he treated @PressSec for over 3 yrs she worked for him.”

We’ve has the awesome privilege of watching Mrs. Sanders do her job the last few years, and at EA Truth Media we’re genuinely saddened by her departure. We pray she’ll continue to be blessed in whatever endeavors she decides to pursue, and we also pray for a Godly-inspired replacement that may be capable of filling her shoes.