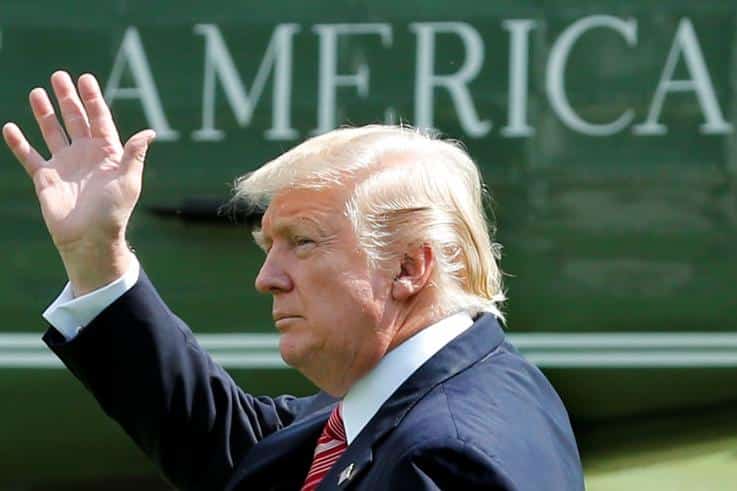 Why is it that the Democratic Party just won’t admit defeat and give up on demanding the impeachment of Donald Trump? Even one of those in Congress who is most despised by conservatives, Nancy Pelosi, made a really smart statement, basically saying that starting impeachment proceedings against Trump is not only not smart but would virtually guarantee his reelection in 2020.

The people don’t want Trump impeached. Not the Republicans, not the Democrats and not the Independents.  An article in the May 23 Washington Post stated that a Harvard-Harris poll finds that 65 percent of Americans say Congress should not begin impeachment proceedings against Trump. Sixty percent agree with Attorney General William P. Barr that “the facts and public actions of President Trump did not amount to obstruction of justice, especially since there was no underlying collusion.” And 58 percent believe that “Given the Mueller report . . . we should turn the page on investigations of President Trump.” Even those who despise Trump and are certain he committed illegal actions don’t want Trump impeached. Bill Scher in an article in “Real Clear Politics” (May 27) stated “Impeachment doesn’t just poll poorly; it polls poorly even though most Americans already believe Trump has committed crimes. In this month’s Quinnipiac poll, 57% say Trump committed crimes before he became president, and 46% say he has committed crimes while he was president.”

So what is the deal?

You need to take a step back and realize that while the left and the right are diametrically in opposition as to their stance on various issues in recent years there really has been only one Party. That one party has become the world globalist Party. Trump broke that. The Republican Party grudgingly went along with Trump, despite standing to lose trillions of dollars in kickbacks and slush money. Some in the Party still begrudge the President, but they are in the minority.

So what is with the Democratic Party?

Make no mistake, the Democrats don’t care about healthcare (no, they receive the most money from the healthcare and pharmaceutical lobbyists.) They don’t care about LGBTQ issues, or religious issues, or abortion. Indeed they really don’t care about the American people. They care only about their special projects and money that goes into their own pockets. They use the “liberal” issues to gain support of a group of voters who will “support their cause.” They profit by selling America to the highest bidder. Hillary Clinton sold uranium to Russians –why? Personal financial and political benefit. This is not an isolated incident. The fact is, we have tapped our citizen’s wealth and now we need to sell America to the highest bidder – case in point, the massive takeover of our corporations and banking system by the Chinese. Again, follow the money and see who profits by all of this.

So, what was the plan?

The plan was to bring in a smooth-talking unstoppable person to take on the presidency and begin the corruption of our nation, then put in another unstoppable person to complete the transition to a socialist nation. And who profits from socialism? You guessed it – the politicians running the scam!

It failed. True, no one wanted to impeach Obama because they were scared to be labeled “racist.” Obama set the path for Hillary Clinton – again, who would impeach the first female president? A sure recipe for failure.  But… The plan failed, and Hillary Clinton, the Democrats “ace in the hole” lost the election. Trump rocketed in and Middle America saw through the Democrats plan. Both the Democrats and the Republicans lost the battle, but the Democrats also lost a plan set in motion in 1933 when Franklin Roosevelt set up the “New Deal.” (Actually, the plan started with the creation of the creation of the private Federal Reserve and the clause that only they could control all the money. As President James Garfield said, “He who controls the money supply of a nation controls the nation.”)

John F. Kennedy lost his life fighting for the elimination of poverty. As Robert D. Marcus stated: “Kennedy entered office with ambitions to eradicate poverty and to raise America’s eyes to the stars through the space program.”

What socialist wants to eliminate poverty? It is by poverty that they profit.

Martin Luther King, Jr. lost his life promoting equality. “I have a dream that one day this nation will rise up and live out the true meaning of its creed: ‘We hold these truths to be self-evident, that all men are created equal.’”

What socialist wants equality? None. It is only by inequality that a social regime survives. It is by subjugation of the masses that socialism survives.

Richard Nixon was on the verge of shutting down the last of the New Deal programs when the Democrats decided to impeach him for a minor violation; illegal election activities. Sound familiar? Sure, Russian collusion with Donald Trump.

So what is the urgency in stopping Trump?

If Trump should win again in 2020 it will set back the plan to socialize America – probably all the way back to 1933. The Trump disruption of “business as usual” equates to the total disruption of the well-oiled plan the Democrats set in place. It also opens the door to the big reveal showing all the corruption, crime and kickbacks the Party has been involved in.

If anyone questions the intent of the Democrats, feel free to attend any of their great rallies, or opposition rallies. In the crowd you will see plenty of communist flags and symbols. Is this what the people want? I think not. It is doubtful that most in these crowds supporting the “cause” have any clue what it means to be a minion of the communist or socialist party. There is no “We the People” in a communist or socialist government. There are no gay rights, nor women’s rights for there are no rights at all! Yet these followers are also carrying signs promoting these rights. You can’t have it both ways.

The Grand Plan will fail without the disruption of the democratic process and without being able to fully control the people.

While the Republicans also stand to lose cash in their pockets, there never was a “master plan” to destroy all that the founders built for us. The Republicans can go with the flow.

For those who question the success of Donald Trump I’ll leave you with this final word. When I met with Donald Trump while running for delegate to the 2016 convention he asked me if I would commit to him at the convention. I told him I would, but only if he is confident he could do 2 things. They were; first, beat Hillary Clinton and second, totally disrupt and expose the corrupt political system. He said he would, and he did both. I consider that success.

The Democratic Party can only restart their plan to take our nation by marginalizing and removing Trump. But most of the country sees through this now.