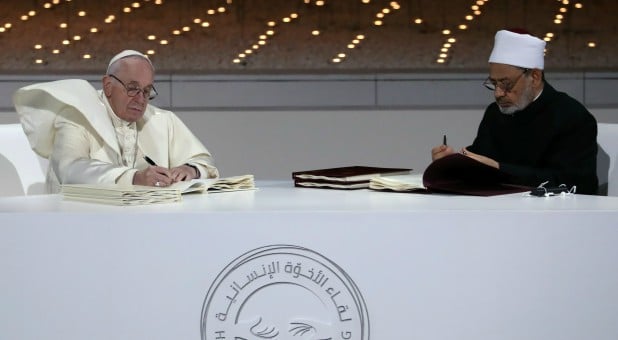 A historic interfaith covenant was signed in the Middle East on Monday, and the mainstream media in the United States has been almost entirely silent about it. Sheikh Ahmed al-Tayeb is considered to be the most important imam in Sunni Islam, and he arrived at the signing ceremony in Abu Dhabi with Pope Francis “hand in hand in a symbol of interfaith brotherhood.” But this wasn’t just a ceremony for Catholics and Muslims. According to a British news source, the signing of this covenant was done “in front of a global audience of religious leaders from Christianity, Islam, Judaism and other faiths”